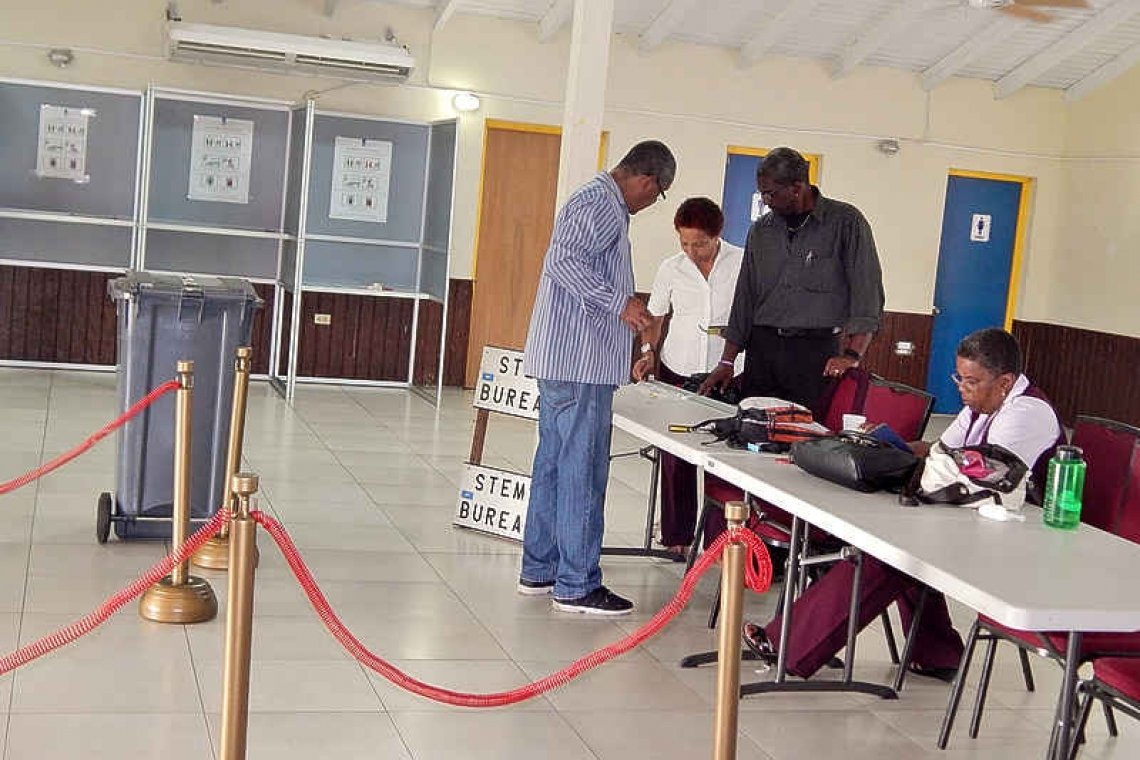 Members of the Voting Bureau preparing the polling station for the Electoral College election in 2019. (File photo)ST. EUSTATIUS–Today, Monday, September 7, is Nomination Day in St. Eustatius. Registered political parties that wish to take part in the upcoming Island Council election must submit the list of their candidates at the Unit Klantenloket at the Civil Registry (Census Office) between 9:00am and 5:00pm.  Registered parties received the details of the requirements for submitting the list of candidates in August. The election is scheduled for Wednesday, October 21.

The last Island Council election in Statia was in March 2015. The island is currently under an administrative takeover by the Dutch government which has been in effect since February 7, 2018.

The previous Executive Council with the Progressive Labour Party (PLP)/Reuben Merkman coalition at the helm, and the Island Council were sent home and government commissioners installed to oversee the day-to-day operations of the island government.

The Island Council election of 2019 was postponed until October 2020. The administrative takeover, which was originally supposed to last two years, was extended until 2024.

There are expected to be some familiar faces as well as some new faces on the party lists for the upcoming election.

Campaigning has already started. Campaign billboards have been erected and parties have started spreading their messages among residents, indicating why they should vote for them.

Some persons in Statia have stated that they will be boycotting the election because they believe their vote will not count because the winning party or the coalition that attains the majority will have limited authority, as the administrative takeover remains in effect and the government commissioners will still be running the government.

An awareness campaign by the public entity St. Eustatius is set to kick off on Wednesday, September 9. The campaign will highlight topics such as who is eligible to vote, where the polling station is located, proxy-voting details, the time allocated for the electorate to cast their votes, and details on the planned contingency plan for the upcoming election.