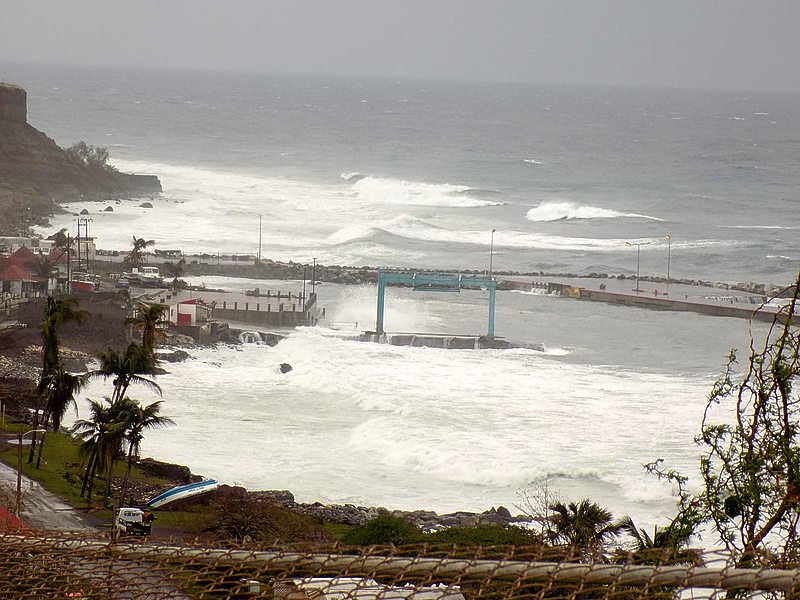 Woodley told The Daily Herald he was thankful the damage caused by Maria was not as bad as that of Irma. Some roofs were lost in the winds, but no injuries or deaths were reported.

A damage assessment is on the way to establish an accurate picture of Maria’s effect on the island.

He thanked the Disaster Management Committee, Dutch Royal Marines, firemen, police and all who assisted with safety on the island in both hurricanes. Woodley reminds residents to continue to be vigilant, as the hurricane season does not end until November 30.

From Monday night into Wednesday morning, the island felt winds from then-approaching Maria, a category five hurricane. A curfew was instituted before the hurricane. Police drove around the island to ensure the curfew was respected.

The community was prepared for Maria as much as could be. Many houses and businesses were boarded up. Some areas had been cleared of debris from the passing of Irma two weeks ago. Others still had debris from downed trees and damaged roofs.

Some residents heeded authorities’ warnings and went to stay with family who had a more secure dwelling. A Coast Guard vessel delivered evacuees from St. Maarten to Statia just before Maria’s approach.

Some areas did not lose electricity or Internet during the passing of Maria. The hurricane brought some 36 hours of punishing winds and heavy rain over the island. Trees took the worst wind; many toppled over on streets or in yards. One resident, embodying the Statia spirit, said trees can be replanted, lives cannot be replaced.

Even after Maria cleared the area, the ocean still pounded the shorelines of Oranje Bay, Gallowsbay and Smoke Ally Bay. The waves could be heard on the other side of the island. The ocean off Concordia was very rough, an abnormal occurrence.