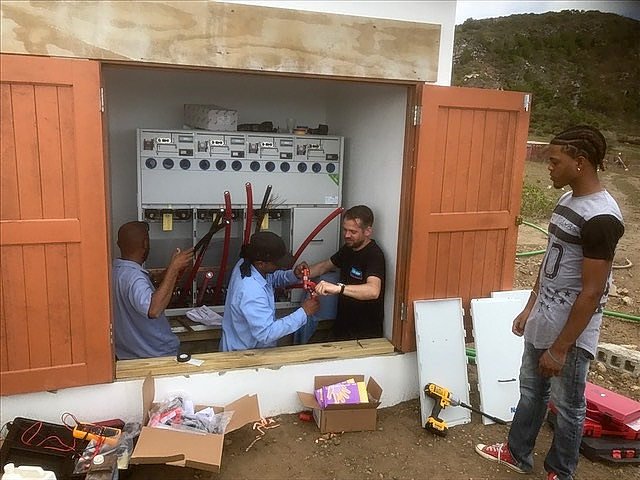 Commissioner Simmons, Director of Economy and Infrastructure Roy Hooker and advisor Siem Dijkshoorn had travelled to Aruba at the end of February to attend the annual forum of the European Union’s (EU’s) Overseas Countries and Territories (OCTs) in the Caribbean.

Simmons said the project document was signed with regard to the 11th EDF in support of the energy sector’s budget on the island. The funds will be used to place high-tension cables underground.

During the meeting the progress of the project for the economic development of the harbour of St. Eustatius, which is still in preparation, was also discussed. This project is financed by the 10th EDF.

The present treaties and policies between the OCTs and the EU will expire in 2020, after which the relationship between the EU and the OCTs may have to be redefined.