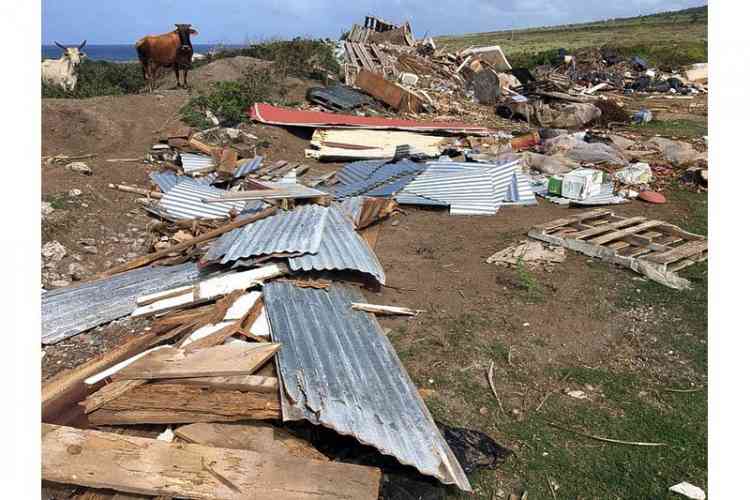 Management asks for the cooperation of the community in bringing the waste material they intend to dispose of before the approaching storm Isaac passes the island. Items should be delivered at the waste plant in Man of War no later than Wednesday, 12:00pm.

This will allow the facility to process items before the passing of the weather system. Only for those persons who are not have the opportunity to drop off waste items by the noon cut-off time, the waste management facility will be open until Wednesday at 4:00pm.

The regular waste collection schedule will remain the same for most of the week. Only Thursday’s route will be postponed until Friday due to the storm’s passing. The waste-management facility will be closed on Thursday. For more information call the office during opening hours at tel. 318-0616.

The Government of St. Eustatius recently noticed that illegal dumping of debris was occurring in the vicinity of Roots Plantation, in the area of the pink house “Janoska,” near the cliff.

Government is kindly asking persons with debris of this nature to contact the waste management plant, instead of engaging in illegal dumping. There are various areas on the island where illegal dumping has been identified, according to the Public Entity.

The waste-management facility at Man of War.