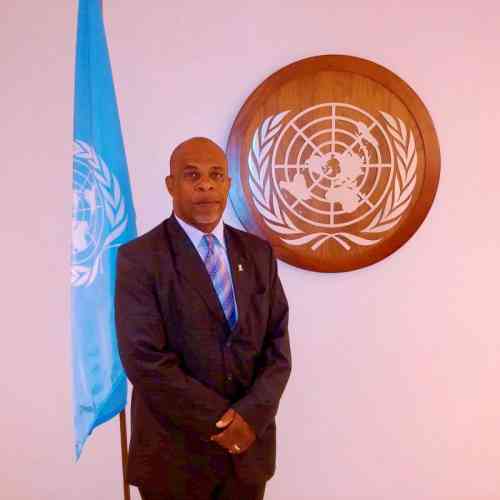 The petition seeks to have the Court declare any and all actions of the Dutch government which violate international law, and Article 73 of the United Nations (UN) Charter in particular, as unlawful acts and, therefore, null and void.

According to litigants, the UN Charter has established Statia’s right to a full measure of self-government. “This right is non-negotiable and unconditional,” they claim.

In the main proceedings, the Dutch government will be required to respond to the petition and explain to the Court why it feels that the Temporary Law Task Neglect (“Wet Tijdelijke Taakverwaarlozing St. Eustatius), which, according to litigants, it unlawfully enacted to depose the democratically elected government of Statia, is not in violation of international law, and in particular of Articles 26 and 27 of the Vienna Convention on the Law of Treaties and Articles 2 and 103 of the UN Charter.

In its response to the charges, the Dutch government will also have the opportunity to dispute rulings of the Dutch High Court that obligations under the Charter are dominant obligations which always supersede any regional or national law.

Furthermore, the Netherlands will have to legally substantiate its statement, as expressed by former Minister of Home Affairs and Kingdom Relations Ronald Plasterk in his letter of July 5, 2017, to the Executive Council that the Kingdom Charter (“Statuut”) and the amendment to it were established in accordance with UN requirements.

“As plaintiffs, we are convinced that the government of the Netherlands will not be able to achieve any of the above. Based on jurisprudence, Courts are obligated to respect St. Eustatius’s right to a full measure of self-government because the Netherlands has ratified both the Vienna Convention on the Law of Treaties and the United Nations Charter,” said self-proclaimed leader of Statia’s government and former Island Councilman for Progressive Labour Party (PLP) Clyde van Putten.

According to the litigants, the main point of law in the main proceedings is the questions whether a right or obligation under the UN Charter, in combination with Articles 26 and 27 of the Vienna Convention and Article 103 of the UN Charter, will be limited or affected by national legislation.

“Based on the number of national and European rulings against the government of the Netherlands during the past years, and as recently as the last two months, we as plaintiffs are convinced that said point of law will have to be answered in the negative. If so, the government of the Netherlands is also in violation of Article 90 of its own Constitution, which obliges the Dutch State to promote the development of the international rule of law,” Van Putten said.

He said that since early 2017, the island government had continuously sought dialogue about establishing a new relationship with the Netherlands based on its UN-mandated right to a full measure of self-government.

“Because the government of the Netherlands could not present any legal counter-arguments, refused to comply with international law, and was on the verge of being exposed and embarrassed internationally for its persistent and blatant violations of the United Nations Charter, it saw no other way out than to use a bogus report by two of its representatives to completely decapitate the legitimate government of St. Eustatius in February 2018,” Van Putten stated.

“As the petition filed on August 29 will show, the government of the Netherlands has not learned anything from the international criticism and embarrassment it suffered in Indonesia after World War II, nor from the strong distrust and scepticism it faced in the United Nations because of its behaviour in Indonesia when attempting to convince the world community that it had fully complied with its obligations under the United Nations Charter in 1954.