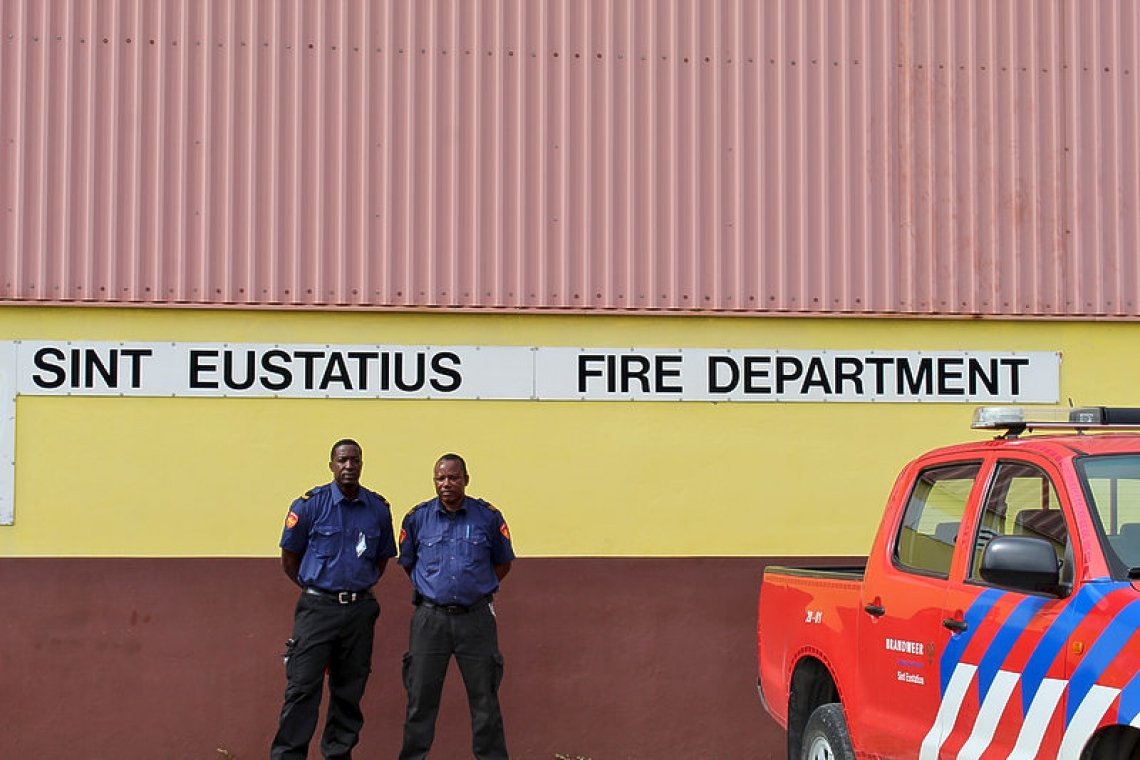 The All for 1 (AF1) labour union represents eight of the 14 fire fighters in Statia. Union president Charles Woodley said he received an email on February 28, in which Fire Chief Andre Bennett stated that effective March 1, 2020, the reduction of overtime will go from 150 per cent to 50 per cent for every hour worked after the regular eight hours per day. Bennett stated that the reduction in overtime payment was discussed with General Fire Commander Albert Gieling on November 12, 2019.

“Decisions of such magnitude require changes in legislation and open and impartial negotiations between both parties. Over the last 10 years, such negotiations have not taken place,” Woodley said in stating that this decision was enforced single-handedly by management.

Effective Sunday, March 1, AF1 members will observe an eight-hour workday, 40 hours per week, until a fair and equitable agreement pertaining to the payment of overtime can be reached through negotiations.

On Sunday, two unionized firefighters gave their shift leader prior notice that after working their regular eight hours they would be leaving and going home. Woodley was present when the workers completed their shift.

“BKCN is asking the St. Eustatius employees to work beneath the law and outside the framework of the law. For us, the union, that is impossible. The union has tried on numerous occasions to have a dialogue with BKCN and it has always been a turnaround.”

Woodley said that changes must be regulated differently. If a worker falls under another arrangement it should be agreed upon by all parties involved, namely the workers, unions, and employers, Woodley said.

“This has not been the case as the fire department’s employees have not seen union representatives here on the island since maybe 10-10-10, so for the past 10 years for sure there have not been any negotiations. These changes have been made single-handedly and one-sidedly by the management of the BKCN.”

The AF1 president said that this is “not lawful,” and “unheard of.” He said: Dutch Government Service Caribbean Netherlands RCN and the firefighters employers should be more responsible.”

Woodley said the union members will be working eight-hour shifts for 40 hours per week until all parties come to an agreement as to how they will go about the extra hours that management would like their employees to work. “Anything outside of that the union will not be entertaining until there is an agreement,” he said.

Acting Fire Chief Chester Tearr stated that Fire Chief Andre Bennett is off-island for work-related purposes at the moment. Tearr, who himself had just returned from vacation, said he was unaware of what was taking place and could not provide any comment pertaining to labour dispute. He stated that he would provide information when he is updated about the issue.