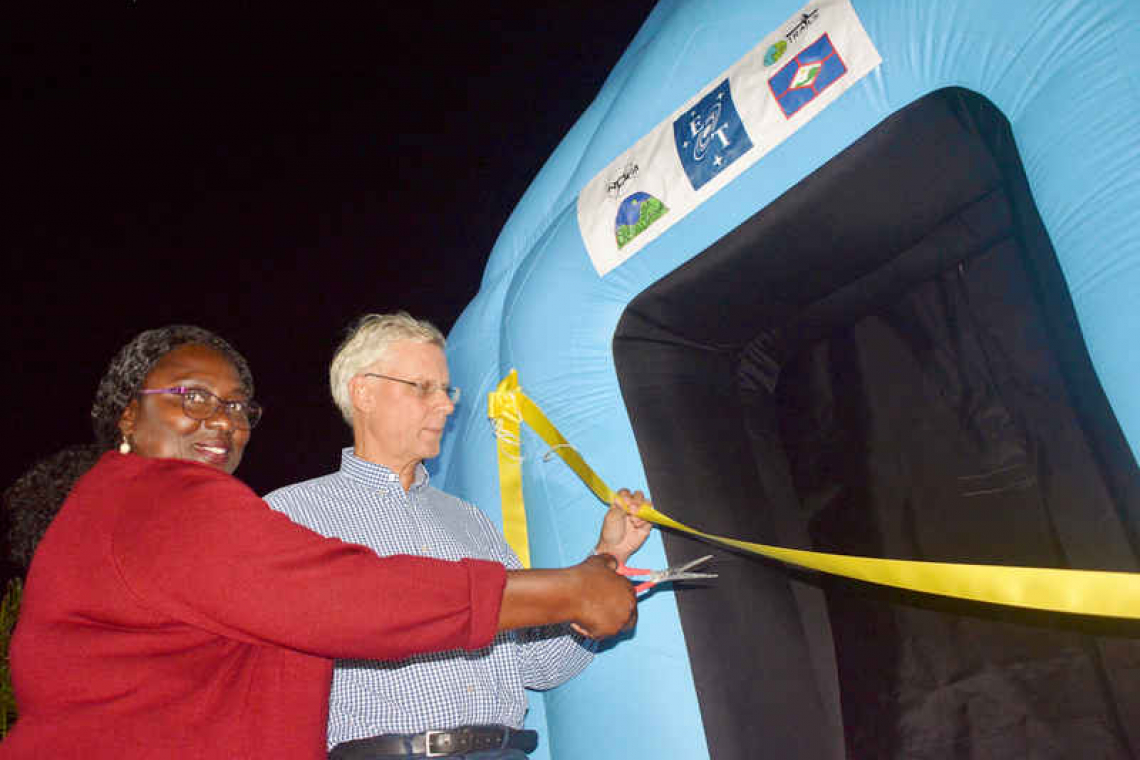 ST. EUSTATIUS–Statia’s Planetarium is now open at the Berkel Family Plantation. The official opening ceremony held on Tuesday evening was a landmark event for St. Eustatius.

“The Planetarium will amaze, inform and inspire many generations of adults and children on the island,” co-founder Ishmael Berkel said. “Our night skies are full of awesome wonder and they invite discovery. So, we are very thankful that this project could be completed after a lot of thought, planning and work.”

In dedicating the building, Reverend Vincia Celestine of Bethel Methodist Church referred to the importance of wisdom and appreciation for the forces of nature and its creation.

Co-founder Jaap Vreeling explained the international background behind the project and underlined the significant interest already shown by pupils at local schools and in particular by students of Gwendoline van Putten School. “By virtue of its scope and scale, astronomy knows no borders and we are all connected through discovery and adventure,” he said.

In her address to guests, Deputy Government Commissioner Alida Francis spoke about the Planetarium’s educational and entertainment value.

“The Planetarium impresses us with the infinity, dignity, regularity and wonder of the cosmos,” Francis said. “It inspires minds to explore so many remaining fields of study. It can also provide an escape from the stress of everyday life.

“This is an opportunity for pupils/students in Statia to be the first in this part of the world to learn about our universe and the connection with our island. Let’s start from Lynch Plantation on a journey of modern astronomy: discover the first picture of a black hole, visit distant solar systems and even leave, in a moment of adventure, our own Milky Way.

“I have no doubt that the Planetarium at Lynch, will pique the curiosity of young minds to pursue further study in areas never before explored. This is a good thing and I thank Jaap Vreeling and Ishmael Berkel for spearheading this initiative. Let the name Statia Dome Project resonate throughout the region and the world.”