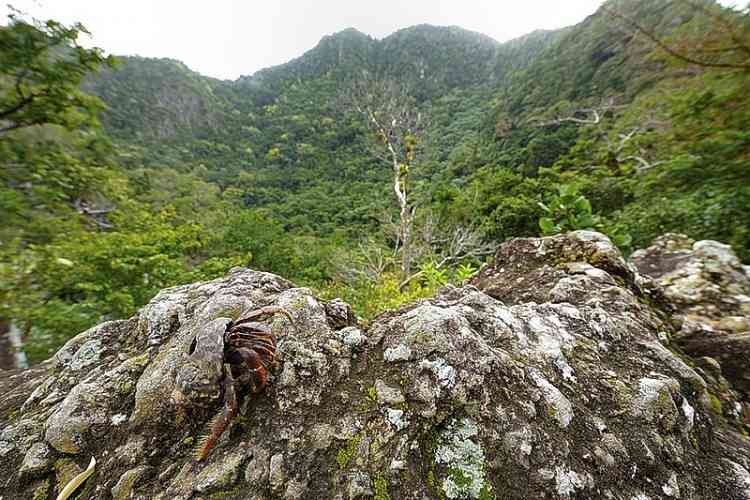 View into the Quill crater, seen from the viewpoint at the rim (Stenapa photo)

ST. EUSTATIUS–For safety reasons, St. Eustatius National Parks Foundation Stenapa has closed the crater trail on the inner slope of the extinct Quill volcano. Due to erosion and the risk of falling boulders at three different locations, persons should not go further inside once they have reached the rim, Stenapa said.

Director of the nature organisation Clarisse Buma, said staff and volunteers will start trail renovations as soon as possible. The work is expected to take several weeks. The main Quill Trail on the outer slope is safe and open for hikers.

Stenapa is working hard to bring the National Parks on land to their former glory after Hurricanes Irma and Maria hit the island. Due to the storms, many trails were inaccessible because of fallen trees and branches.

The following trails are re-opened: Main Quill Trail, Panorama Point, Mazinga, Around the Mountain South (until viewpoint) and Bird Trail. The Northern Hills trails to Venus Bay, Boven, Jenkins, and Gilboa Ridge One are also open.

Buma said anyone who wants to enter the National Parks can purchase the new yellow 2018 trail tags at the Visitor Centre on Orange Bay, or at hotels and dive shops. A tag is valid for the whole calendar year and costs US $10. Tags are free of charge for Statia residents.

Statians are advised to inform family or friends from overseas, who are visiting the island, to buy a tag. The income from the tags goes directly to Park maintenance.