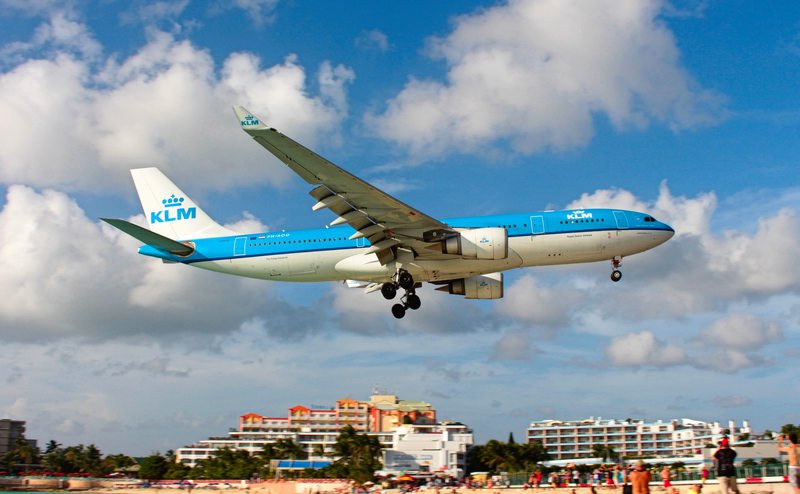 PHILIPSBURG–The St. Maarten Tourist Bureau (STB) iFly Sweepstakes, part of the cooperative marketing campaign of STB and Royal Dutch Airlines KLM garnered a record-breaking 120,000 participants, the highest number of any of the previous iFly sweepstakes of any destination.

The intention of the campaign was to promote St. Maarten in several key media channels of KLM. The campaign consisted of a full spread in iFly KLM Magazine, an online publication of KLM, and included a “Little Secrets” video of St. Maarten. It also contained the iFly Sweepstakes component that offered a chance to win a trip to St. Maarten from the Netherlands with KLM.

“It was great to receive the news today that our sweepstakes had the biggest reach ever compared to previous destinations chosen by KLM, especially considering that some previous sweepstakes destinations were some of our biggest competitors,” STB head Rolando Brison said in a press statement on Tuesday.

“Every single one of those 120+ thousand participants made it clear, ‘We want to go to St. Maarten’, and the buzz about St. Maarten is still huge in the Benelux market as a result of this sweepstakes and promotional effort.”

The sweepstakes package could be viewed on iFly Magazine‘s Facebook page where one could have entered to participate in the sweepstakes until March 27. KLM informed STB on Tuesday that the winner of the sweepstakes was Charissa Nievaart, who will be travelling to St. Maarten with her sister.

She has won two KLM Economy Class round-trip tickets to St. Maarten on April 28, return on May 5; five nights at Holland House Beach Hotel, including complimentary breakfast and Wi-Fi; a tour by Seagrape Tours; the 12 Metre Challenge; a welcome dinner; an island tour; a trip to Saba, including a two-night stay at Juliana’s Hotel in Windwardside; air travel to and from Saba with Windward Island Airways; all meals at various restaurants; a diving or snorkelling excursion; an island excursion with a visit to local museums; and pick up and drop off to/from Princess Juliana International Airport SXM.

iFly Magazine is produced by Born05, an award-winning creative agency that delivers inspirational travel stories from around the world.

KLM began direct weekly flights to St. Maarten from Amsterdam in October 2016 without the stop in Curaçao on the return flight, which saves passengers about four hours and 20 minutes in travelling time. This new service is operated with an Airbus 331-200 with room for 243 passengers. The new marketing campaign is an effort to ensure that these flights are filled.

With Aviareps, KLM and other key trade partners promoting St. Maarten, the island is receiving the needed exposure expected to result in an increase in the total number of visitors.