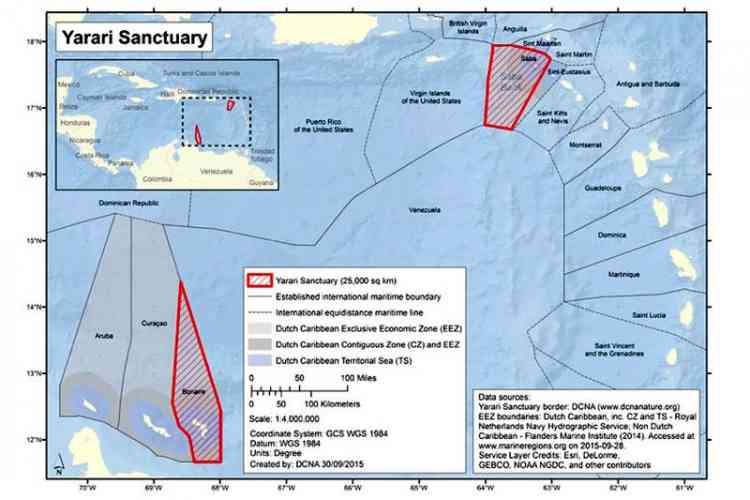 Map of the Yarari Sanctuary for marine mammals and sharks. (STENAPA photo)

St. Eustatius joined the other islands of the Caribbean Netherlands – Bonaire and Saba ­– when Minister of Agriculture, Nature and Food Quality Carola Schouten and Government Commissioner Marcolino Franco signed the declaration on September 20.

The number of Caribbean territories establishing a marine mammal and shark sanctuary is growing as the importance of sea creatures becomes better understood, said Buma. “The next step is to implement monitoring and conservation practices.”

STENAPA’s Marine Park Manager Jessica Berkel and Park Ranger Francois Mille are eager to use their training to protect several marine mammals and the 27 shark species found in the Dutch Caribbean waters.

“Marine mammals and sharks play an important role in the marine environment. Where there are more sharks, there are – contrary to what you might expect – more fish as well. That makes the established sanctuary important for the fishermen on the island,” said Berkel. The Yarari Sanctuary was established in 2015.