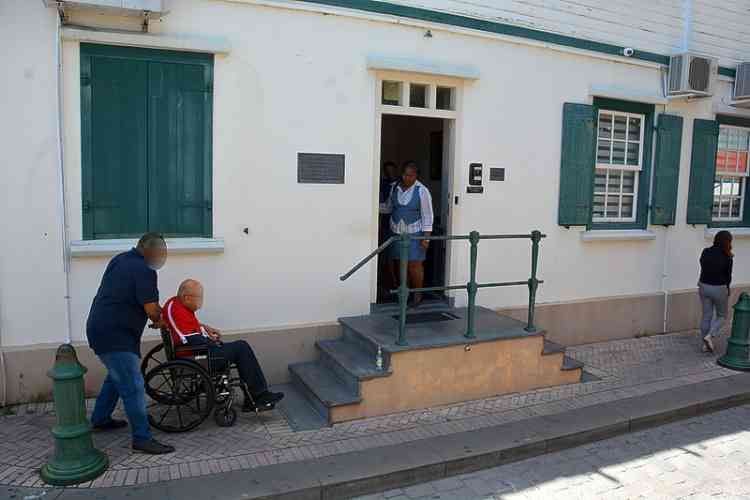 PHILIPSBURG–Investigations into Princess Juliana International Airport (PJIA) Chief of Security J.S. led to an undercover police operation during which he allegedly allowed the import of US $100,000 in cash on September 23, 2018, and of a number of fake diamonds on November 6, 2018. For these “services” S. (48) reportedly accepted two payments of $5,000 each, it emerged during Thursday’s preliminary hearing in this case.

The Anti-Corruption Task Force TBO arrested S. at his home on January 16. His home and workplace were also searched.

According to the Prosecutor’s Office, he is suspected of accepting bribes, money-laundering and complicity in violation of the duty to register foreign exchange.

The Prosecutor also announced he will start a legal procedure to retrieve the money, which the defendant had made through illegal activities.

Based on information obtained from the Drug Enforcement Administration (DEA) in the United States in August 2017, S. became the subject of an investigation into the alleged import and export of (hard) drugs via the airport to the United States.

The Prosecutor’s Office did not find any evidence of S.’s involvement in these types of crime but did find indications that the airport security chief would be engaged in other criminal activities.

The TBO launched an investigation which ultimately led to the sting operation carried out by an investigating officer from the Netherlands and a team leader.

Attorney-at-law Sjamira Roseburg on Thursday filed a request to hear a number of witnesses in this case. Among them was the police investigator, whom she described as the “pseudo-buyer,” the person who paid the bribe.

Roseburg also called upon the Court to order the Prosecutor’s Office to make all WhatsApp conversations between S. and the buyer available, “and not only those that corroborate the Prosecutor’s position in this case,” she said.

The Prosecutor objected to all the lawyer’s requests, but the Judge allowed the hearing of the pseudo buyer, because he is considered a “crucial” witness.

The police official will be heard in the Netherlands via a video-conferencing link with an Investigating Judge in St. Maarten. This may happen in a screened-off setting so as not to reveal the officer’s identity.

The Judge turned down the other lawyer’s requests, as these seemed to be “more of a fishing expedition than an investigation into criminal offences,” as he put.

Up to this time S. has declined to give any statements to the police or the Investigating Judge, except for stating that he had nothing to do with the alleged crimes. He said Thursday he would give a statement once the casefile is complete.