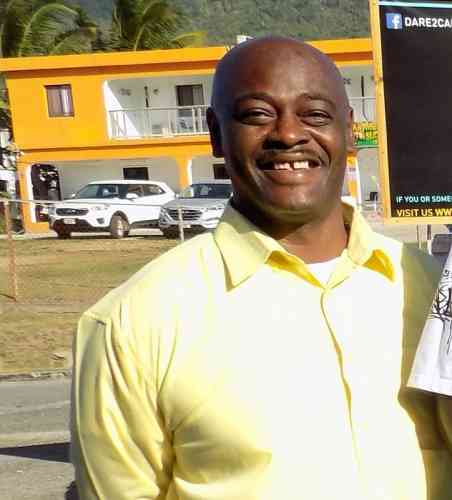 ST. EUSTATIUS–Every last Thursday of the month, Taste of the Cultures is organized by St. Eustatius Tourism Development Foundation (STDF). Last week was no exception, except for the fact that the stage at Mike van Putten Youth Centre was used as a platform to campaign against school bullying. The message was delivered loud and clear by children of Governor De Graaff School.

“Our Taste of the Cultures is a cross-cultural event,” explained Tourism Director Charles Lindo. “We have multiple nationalities on the ‘Historical Gem’ and there is no room for discrimination, name-calling, and certainly not bullying.”

Taste of the Cultures has become a popular community event on Statia, which hosted well more than 500 guests last week. “Our aim is to create an atmosphere where all cultures on the island can unite. Regional differences should be treasured but that does not include bullying,” Lindo said.