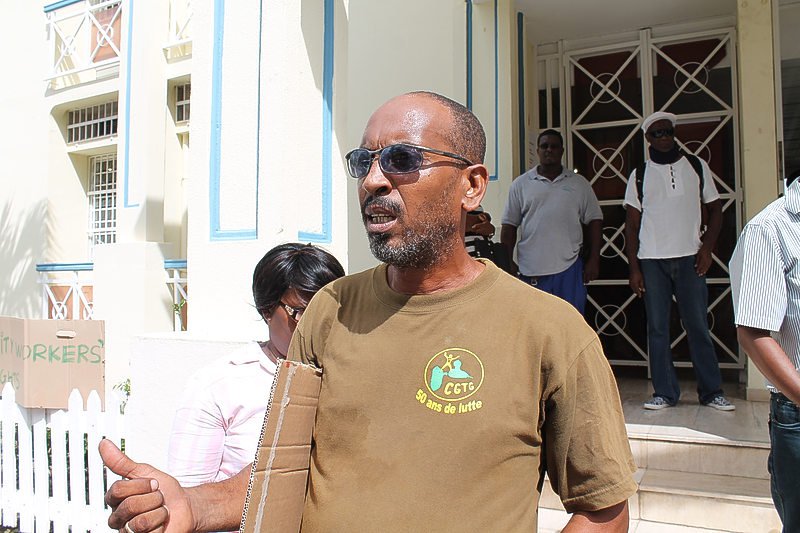 ~ Public services open today at normal hours ~
MARIGOT–President Aline Hanson noted in a press release issued last night that she, Director of General Services (DGS) Philippe Millon and Director of Human Resources Department Vernon Roper, met with a delegation from the Conféderation Général des Travailleurs de Guadeloupe (CGTG) Union at 10:30am in connection with the grievances that initiated a strike by Collectivité staff earlier in the morning .

It was decided the grievances will be debated at a meeting today, Wednesday, May 25, during the Comité Technique meeting initially programmed for today.
In the meantime the public services of the Collectivité will be open today at normal hours.
CGTG spokesman Albert Blake said he was satisfied with the outcome of the first meeting on Tuesday where an agreement protocol was signed.
“The Collectivité recognised that it was at fault and has committed to moving forward on the points discussed, but we will remain vigilant,” he said.