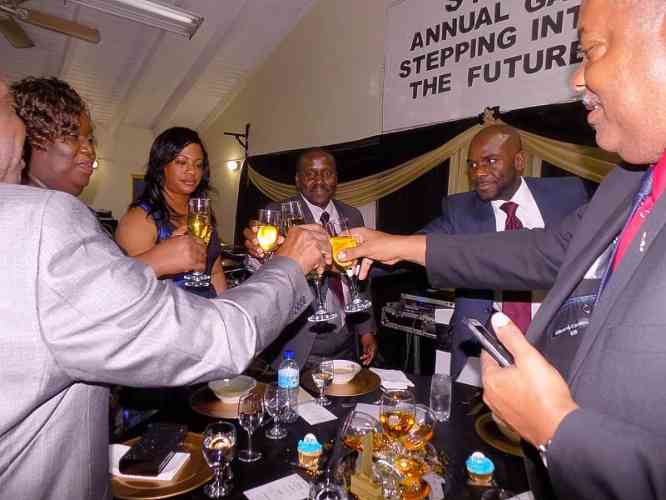 ST. EUSTATIUS–St. Eustatius Utility Company Stuco held their 24th annual New Year’s Party Saturday evening in the presence of Commissioners Derrick Simmons and Charles Woodley, Island Council Members, members of the Supervisory Board of Directors, Stuco employees and pensioners, and invited guests. Theme of the night was “Stepping into the Future.”

Chief Executive Officer (CEO) Fred Cuvalay gave a rundown of some of the company’s recent upgrades and successes. He said 2017 was quite a busy and interesting year for Stuco, particularly for its solar energy plant.

“Achieving 45 per cent of renewable energy share allows the rates and tariffs of Stuco to be stabilised and less influenced by the volatility in the oil market,” he said.

Stuco’s CEO also mentioned the expansion of water-production capacity, revamping the Information Technology (IT) infrastructure, the underground network, and many other ongoing upgrades Stuco is in the process of undertaking.

“There continue to be many activities … We shall never be satisfied as we continue to find means to enhance the service we provide: the provision of electricity and water, and where possible, indirectly support other tangible activities on the island.”

He said that next year they are looking forward to hosting their 25th annual New Year’s Party and to celebrating Stuco’s fifth anniversary.

Chairman of the Supervisory Board Jason Rogers said that despite two major hurricanes, Stuco was able to complete phase-two of the solar park, and even with two hurricanes hitting the island, power was restored in most parts within two days. “And with Hurricane Maria some places did not experience any power outages at all,” Rogers said, commending the company for creating renewable energy tourism with island guests visiting the solar park. He also commended the upgrade of the utility company’s IT Department.

Commissioner of Electricity and Water Derrick Simmons said he was very proud of Stuco with its strides made in renewable energy.

“When we look at the challenges Stuco had to face last year, it [was – Ed.] not only hurricanes that tested them, but also other challenges they overcame.”

Commissioner Simmons congratulated the company and their staff for work well done. “As we go into 2018, the expectation is even greater, and I am sure next year they will be here telling us about the great things they have done in 2018,” Simmons said.