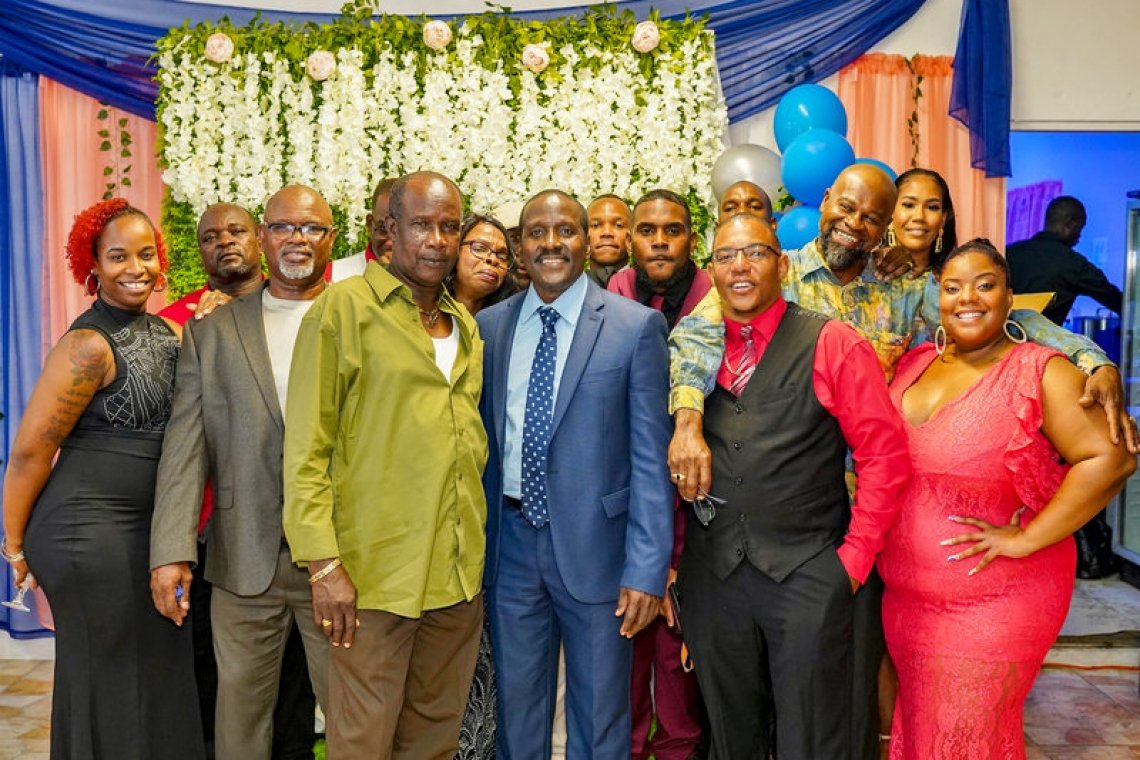 ST. EUSTATIUS–To help alleviate the constraints on the availability of drinking water to the public, St. Eustatius Utility Company STUCO recently concluded a tender for the supply of a new water plant with a production capacity of 500 square metres per day.

STUCO Chief Executive Officer (CEO) Fred Cuvalay said residents would have to put up with some rationing during the dry periods in 2020 because of the current limited production capacity, but by August 2020, when STUCO’s new seawater reverse osmosis (SWRO) water plant is expected to become operational, he hopes this will be a thing of the past.

STUCO expects to conclude the replacement of the problematic, failing old water transport line by the fourth quarter of 2020. These failures also lead to loss and rationing of drinking water and disruption of traffic.

“With this line replaced we look forward to many years of unhindered service in transporting the drinking water from the water plant to the Lodi drinking-water storage area,” Cuvalay said.

A new water storage tank with a capacity of at least three times that of the existing tank is expected to come online in 2021. Until then STUCO hopes to minimise the risk of having to rely on its present minimal storage to ensure the continued availability of drinking water to the public.

STUCO had a number of unforeseen and extensive issues with the engines in the power plant during 2019. The company has seen to it that all these issues were resolved and Cuvalay said they look forward to more stable operation at the plant.

He commended water and power plant Department Head Irwin Jack and his team “for always keeping a watchful eye on the heartbeat of the life of the economy of Statia, powering electrical power to the electricity distribution grid.”

Cuvalay said the solar park continues to function well. However, due to the growing demand for electricity in Statia, the company’s renewable energy share has dropped from 45 per cent to 42 per cent and will continue to drop.

“An independent evaluation has forecasted that the power demand shall continue to increase and with … activities coming on stream at the Golden Rock Resort (Guyeau Estates) project, which is foreseen as the next big economic driver of the island, should it take fruit as expected, the electricity demand shall increase significantly in the coming years,” Cuvalay said.

Because of the expected increase in demand, more electricity production capacity is required, and more solar power is recommended. Having the required location and infrastructure already in place for a new solar park, Cuvalay stated that STUCO is “strongly looking forward” to securing the financing to realise the expansion of its electricity production with even more sustainable renewable energy.

STUCO has already hooked up Golden Rock Resort to the electricity grid, but the water network remains at a distance of approximately two kilometres from the resort, which forced it to acquire its own water plant. “Hopefully, for a short time being,” Cuvalay.

He made an appeal to government and all relevant stakeholders concerning the deplorable state of the road connecting the resort with the rest of the island. The resort is on its way to completion around the middle of this year, according to Cuvalay.

The installation of underground cables for the electrical grid was funded by the 11th European Development Fund (EDF). Work on this project has been carried out since 2018 by water distribution Head Rueben Lopes and his crew at the Electrical Distribution Department.

The aim of the project is making the grid more resilient, protecting it against the overgrowth of vegetation on power lines and preventing intrusion by aggressive corrosive air due to the proximity to the ocean.

First and foremost, underground cabling would make it possible for STUCO to quickly restore power after the passing of a hurricane, and to maintain power to 85 per cent of its customers – some 1,600 of its total number of 1,850 clients – during the passing of a category-three hurricane. The project is expected to be completed during the second quarter of 2020.