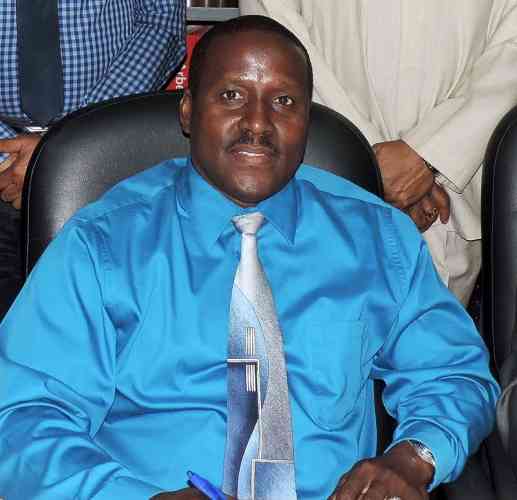 EUSTATIUS–“I know it is quite a disturbance and irritation to the public in St. Eustatius and to customers of St. Eustatius Utility Company STUCO when we have to take the aggressive and necessary steps of rationing water during periods of drought, twice for three hours, whereby water, especially when needed most, is only available to you for six hours a day,” STUCO’s Chief Executive Officer Fred Cuvalay said in response to the challenges the company is facing with respect to the water supply, including the continued breakage of water pipes and foremost the company’s inability to supply sufficient water to the community, especially during periods of drought.

“This irritation is also felt amongst STUCO staff, who are not only customers as well, but even more so as staff have to be all over, ensuring that they produce water to our maximum ability, as well as going through the distribution grid closing and opening valves. This is not a planned or normal operational activity and also results in higher operational cost for the company, notwithstanding that in January 2018 STUCO commissioned the additional production unit of 125 square metres per day, raising the total output of the water plant to 375 square metres per day,” Cuvalay said.

“Together with the shareholder, we are engaging the Ministry to realize the investments of around US $3 million necessary to increase the production capacity of the water plant with 500 square metres per day, replace the 2.5-kilometre transmission water line from the water plant to the storage facility and increase the storage capacity to a minimum of seven days. These activities are essential, as guided by independent reports and the Electricity and Water Law and they are all deemed priority now, as they are all interconnected to ensure availability and reliability of the drinking water supply. We simply cannot speak of development if this basic requirement, or building block, is absent from the economy,” Cuvalay said.

The urgency of this situation is further strengthened by the fact that STUCO has been confronted with a significant growth in the demand for water, as in 2018 the water connections increased by more than 10 per cent.

Cuvalay said STUCO is proud to note that the confidence of the community in the water quality is such, that more people are connecting their properties to the water grid, even though most homes have cisterns. Samples of the STUCO water are sent to St. Maarten Laboratory Services (SLS) for testing.

STUCO’s staff of 22 is facing high expectations and strict legal requirements. The company separated from GEBE five years ago and has a staff ranging from 36 years in service to one year. “Staff do their utmost to carry out the job at hand in the most professional manner,” Cuvalay said.

He commended his staff for working through two major hurricanes in September 2017 to restore service to the island, “working late into the night and getting up at the crack of dawn to go back out.”

Questioned about company governance, Cuvalay said he has the “pleasure” of working with board members, “who like myself execute their duties as guided by the articles of incorporation of STUCO, which in turn are a derivative of and in harmony with the corporate governance code. Our financial administration is overseen by the very respectful, professional and watchful eye of Versant, while we are yearly thoroughly audited by the reputable auditor Deloitte with notably positive opinions for the direction of the company, while we ever seek to implement the recommendations prescribed in the next financial year.”

He said STUCO is run “with utmost transparency for the benefit of the company, its employees and the community” and added that in accordance with the law a five-year quality and capacity document for electricity and water is being developed. “The first draft shall be finalized in the next month. This document is due for an update every two years to remain current.”

Cuvalay gave a word of thanks to the local contractors for the services. “As compared to works by international contractors, where many shameful discoveries have been made where repairs to the water lines and grid were concerned, our contractors have executed works as required per specifications. Therefore, I shall continue to be an advocate for our local contractors to execute works wherever possible. I strongly believe in the local products and that locals should first be afforded opportunities to serve their community…since it is simply a win-win approach for Statia.”