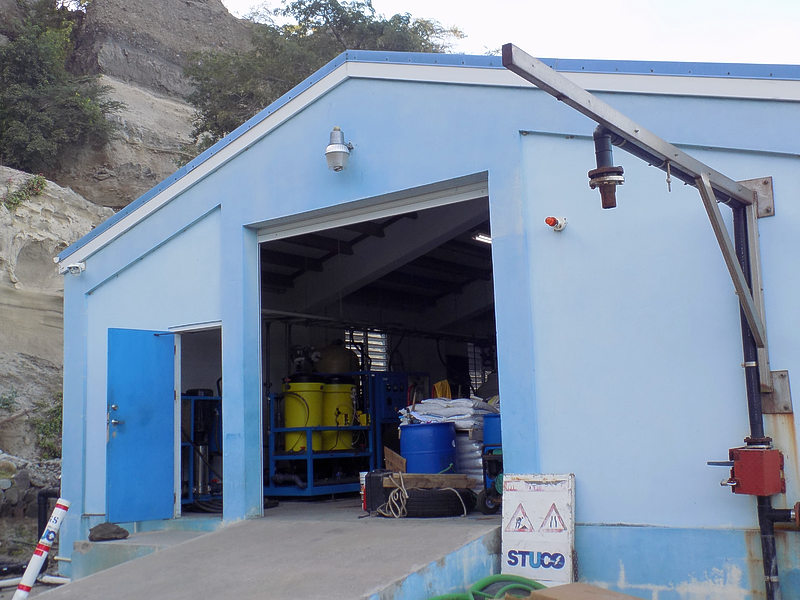 ST. EUSTATIUS–St. Eustatius Utility Company STUCO has announced that due to the water supply in its storage tank running low, it has introduced rationing measures.

STUCO will also limit the water that is being trucked to customers outside its network to half-loads. These will only be sold to customers who do not have the possibility to connect to the water grid.

The measures were introduced to increase the water load in the storage tank. There was an issue with the tank on Sunday evening, so the water supply to customers was turned off to allow the water level in the tank to increase.

At a certain moment, water consumption in St. Eustatius was more than was being produced by the plant.

“Please be advised that as we are going into the dry season to use water sparingly and refrain from pumping too much water into cisterns,” STUCO’s Chief Executive Officer Fred Cuvalay said.

STUCO will be changing both storage-tank liners from Monday, April 17, to Friday, April 28. This could impact the amount of water available to the public for a few days, Cuvalay said.

In consideration of other customers, STUCO is asking the public to limit the use of water to several buckets a day. It also cautions that no water will be delivered by truck during the changing of the liners.

“We apologise for all the inconvenience caused by the maintenance to our grid,” said Cuvalay.