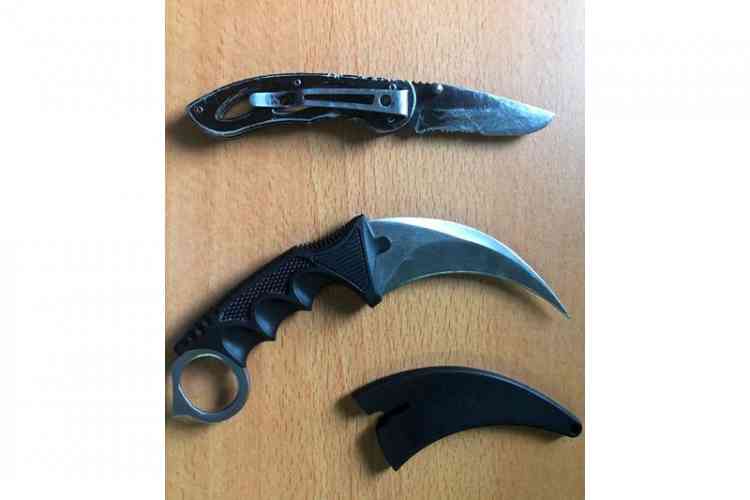 The confiscated knives along with a sheath for the curved knife.

SOUTH REWARD–A St. Maarten Police Force KPSM patrol was sent to one of the secondary schools in South Reward around noon on Wednesday because a student supposedly was in possession of a knife.

At the scene the patrol encountered the student, a boy who had a curved knife in his position. He was arrested and the knife was confiscated. When officers conducted a search of the boy’s clothing, they found another knife, which was also confiscated.

The boy was brought to the Philipsburg police station and handed over to the Juvenile Department for further investigation.

“The police department of St. Maarten is urging cooperation from parents and guardians concerning the serious ongoing situations with their minor children that are taking place in and around the secondary schools in the St. Peters and South Reward areas,” the police said in a press release.