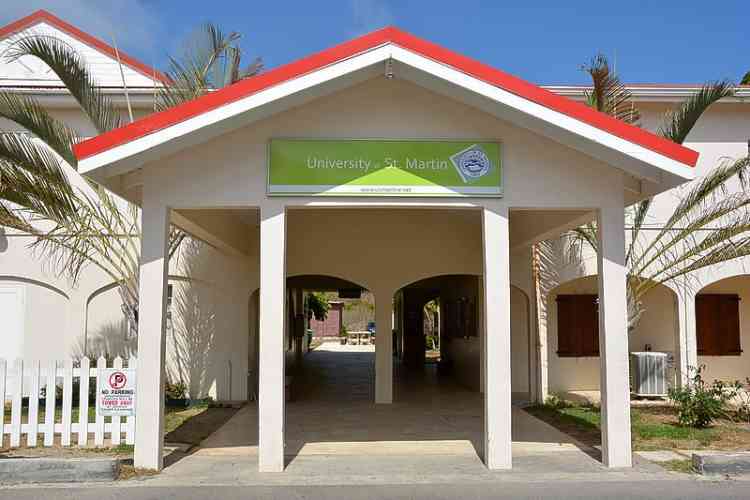 ~ National decree to be sent to Holiday ~

PHILIPSBURG–Students enrolled in the University of Curaçao Law Programme at University of St. Martin (USM) are reportedly concerned that the programme, which was launched on August 23, has not yet started.

The programme coincides with the one being held in Curaçao. Classes have already started in Curaçao and were supposed to have started in St. Maarten in early September.
National Alliance (NA) Member of Parliament (MP) Christophe Emmanuel raised the concern during a parliamentary session on Thursday and asked Finance Minister Perry Geerlings to shed light on the delay.

Geerlings said that while funds to the tune of NAf. 1 million are available for the law programme and the decision to proceed with the programme has been taken, the legal protocol of the national decree (in Dutch: landsbesluit) has to go to Governor Eugene Holiday and be returned before the programme can officially start.

“That’s all that we are waiting for. There is no hold-up,” Geerlings said. He explained that the starting date of the programme “did not coincide” with the taking of the decision for the programme, and “that is where the discrepancy” came about. He assured that the programme will continue as planned “with a little delay,” but did not give an indication when this will be.

Emmanuel said students were very concerned that the programme has not yet started even though they have already purchased their books, etc., and are ready to start.
The law programme at USM is a dream and brainchild of former Finance Minister Richard Gibson, who wanted to see St. Maarten mould its own home-grown lawyers.

USM and University of Curaçao representative and Education Minister Wycliffe Smith launched the programme in August, when it was announced that the Council of Ministers had given the green light for the programme to start. At the time parties said the programme would start at the beginning of September.

It was originally scheduled to start in September last year, but due to the widespread destruction in the country after Hurricane Irma, the introduction was pushed back. Some 25 students had completed full registration at that time and an additional 10 had expressed interest in the programme. A registration drive for the programme was subsequently held.
The same accredited law programme that is being offered at University of Curaçao will be offered to students in St. Maarten at USM. The classes will be a form of “blended learning,” where students in St. Maarten will receive classes through several forms.

Classes will be streamed live from Curaçao to USM students in St. Maarten; some classes will be recorded and sent to students and in some cases professors will travel to St. Maarten to give classes in person and to work with students for assignments, amongst other things. The duration of the law programme is four to five years and it will cost US $3,000 per year for each student.

Smith had said at the time that qualifying students who apply will be granted study financing for the programme. Law is currently on the study financing priority list as one of the studies that students are urged to pursue. Accompanying the Law programme will be a 1½-year pre-law programme, which will prepare those who are interested in pursuing a BA and/or MA degree in Law with the skills necessary to complete a university level education.