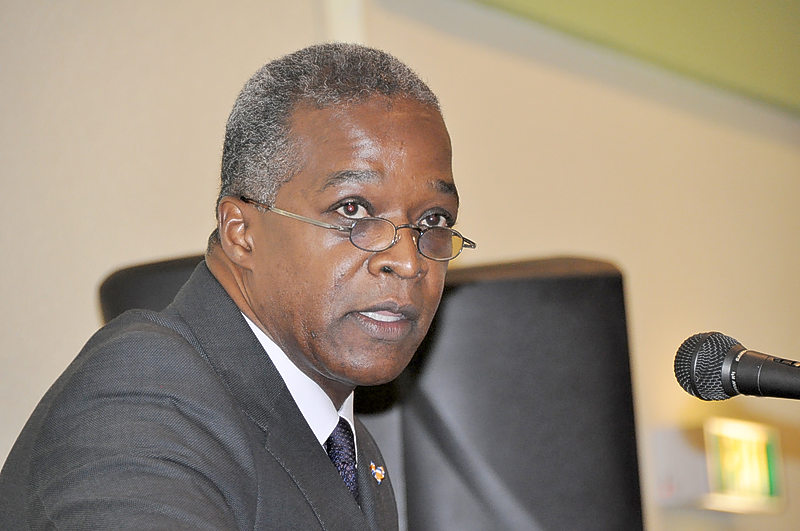 WILLEMSTAD–Independent (former PAR) Curaçao parliamentarian Glenn Sulvaran on his Facebook Page expressed disgust with the manner in which the President-director of the Central Bank of Curaçao and St. Maarten (CBCS) Emsley Tromp defended himself against recent allegations in Dutch business daily “Financieele Dagblad” (FD).

“Instead of Tromp addressing the content and devastating results of the PwC (Price Waterhouse Cooper – Ed) report, he launched a smear campaign based on rumours to hide his actions. Essentially, there is no difference between Tromp and Gerrit Schotte,” said the current coalition partner.

“Tromp now wants to attack those who want to solve the problem. Everyone should understand that there are no false accusations, but there are reports of professionals who bring the truth to light. Not everyone is wrong. You’re wrong,” was Sulvaran’s message to Tromp.

Sulvaran nominated Finance Minister in the Whiteman Cabinet Jose Jardim. Tromp is accountable to Jardim and his counterpart of St. Maarten Richard Gibson.

On the other hand, the Member of Parliament (MP) is said to be on the list of politicians who apparently received a loan from Giro Bank and allegedly did not have to pay it back. Tromp filed a complaint against the former Director of the Giro Bank Eric Garcia after CBCS as supervisor took over the operations of the troubled bank.

They reportedly discovered several irregularities including loans, to politicians on the island, without any obligation to pay back. According to sources close to the case, this might be one of the reasons for Sulvaran’s attack on Tromp.