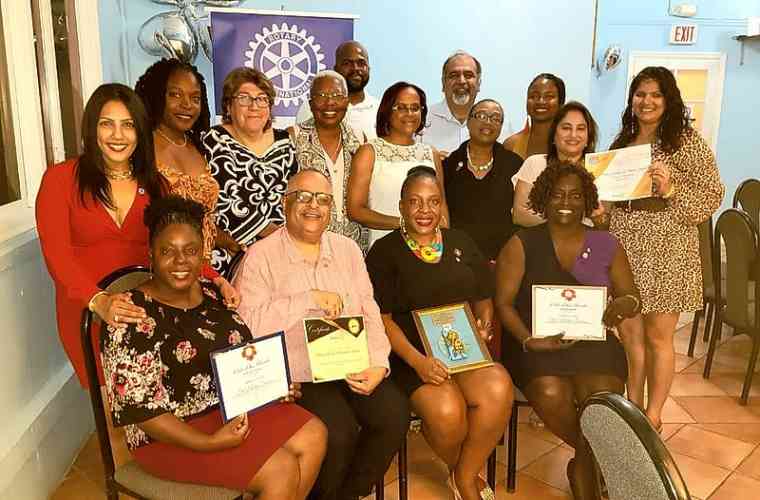 The club received the District Governor Platinum Award, one of the highest honours. This award was presented to the club for an inspiring year of service to the community. To be eligible for this award the club had to increase and retain members, contribute to the Rotary Foundation, achieve the International Presidents Citation and have members attend various district and international training workshops.

The club was awarded Zone 34 Public Image (PI) Citation. To earn the citation the club had to promote and use the Rotary brand, showcase its projects in Rotary Club Central and Rotary Showcase, organise events with media presence and coverage, hold networking and fellowship events open to the public and promote the club on various social media platforms.

The club won the Gold award within the District 7020 Club of the Month (COTM) programme. Clubs are invited to submit entries each month from August to March for the COTM. Points are allocated for winners in three categories – large, medium and small clubs. Every month the judges select a winner in each category.

Rotary Club of St. Martin Sunrise won COTM for December 2018 and received 100 points for February 2019. The club was presented a certificate of appreciation from the presiding District Governor for sharing its love for Rotary empowering the young generation.

Club member Marcellia Henry who also serves as the Assistant District Governor was honoured with an award for her outstanding leadership as an Assistant Governor. Club member Angela Gordon was recognised by the district as a Paul Harris Society Fellow and awarded the chevron.

President Valda congratulated her fellow club members for the accomplishments for the year 2018-2019.