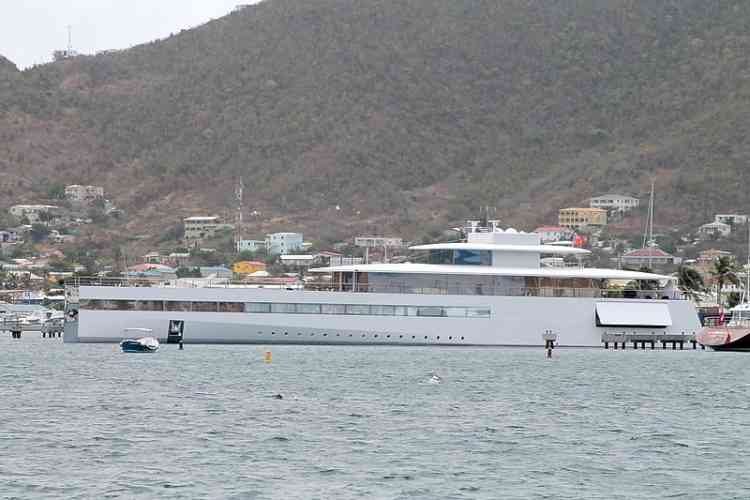 SIMPSON BAY–Mega yacht watchers may well have been wondering why the late Apple co-founder Steve Jobs’ superyacht Venus is still on the dock at Isle de Sol Marina when almost all mega yachts and super yachts have already left for the summer season in Europe or the USA.

Venus suffered an engine breakdown almost two months ago and is currently in the process of being repaired by French-side based SXM Marine Diesel Service. Much of the delay has been caused by ordering and waiting for parts to arrive.

“A job like this is months in preparation, then it takes a solid two months to do the work,” explained SXM Marine Diesel’s Sebastien Brismeur. “Water got inside the engine and when they tried to start it at the marina it hydro locked, bent the rod and damaged the crankshaft which then had to be sent to Seattle. Then it came back and parts had to be organized.

Basically, it’s a major engine rebuild after it has been disassembled and many hours of work. This yacht was unlucky. It could have just burnt out the starters which you would fix and that would be that. If there was bad weather coming, she could leave here on the one engine. She certainly will not need to be towed, but followed by an escort boat in case anything untoward happens.”

Brismeur estimated the engine will be repaired and the yacht ready to leave by the second week of June.

The 260ft long Venus was built for Jobs at a cost of US $100 million and launched a year after his death in 2012. It was designed by Philip Starck’s design company Ubik and built by Feadship.