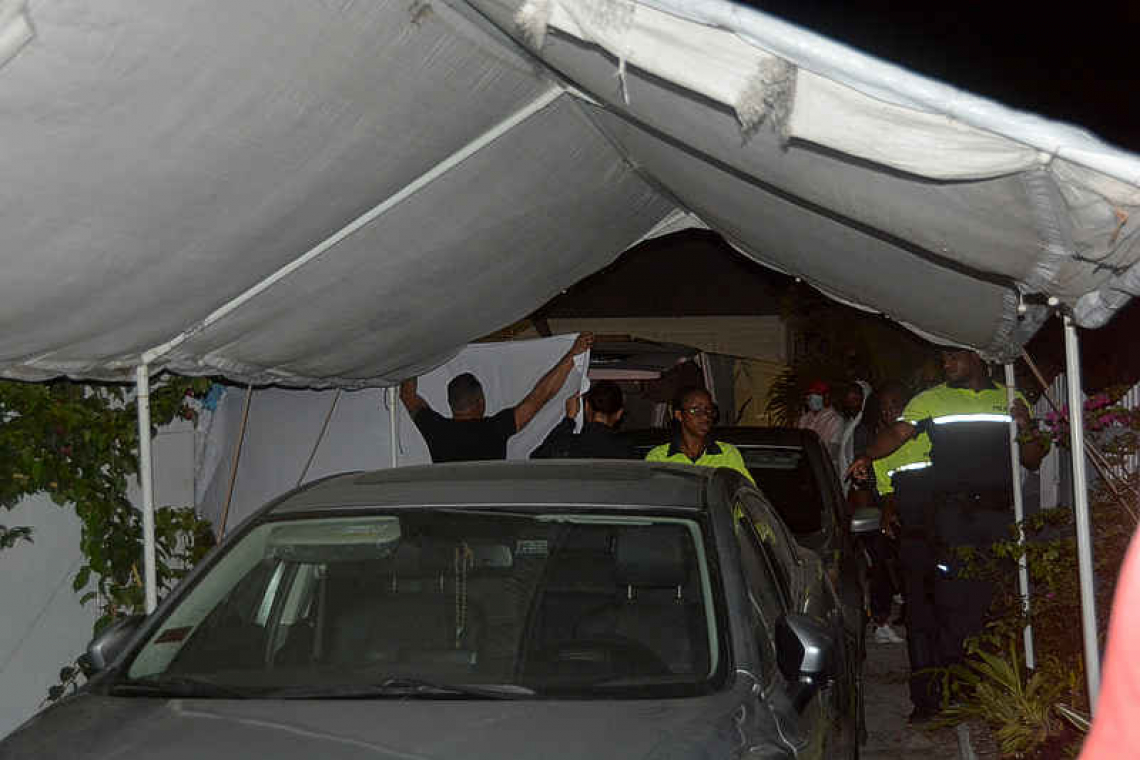 The victim was in the driver’s seat of a parked car on Back Street near Kruythofsteeg on May 16, 2022. (File photo)

PHILIPSBURG–T.D.S. (20) is charged with murder, manslaughter and firearm possession in the death of a young man whose life was taken on May 16, 2022.

The 20-year-old victim was shot dead on Back Street near Kruythofsteeg at 8:30pm. The way in which the victim died suggests that it was a planned killing, the police said at the time.

Witnesses told the police they heard only a single gunshot. The victim was sitting behind the wheel of a parked car.

The young man reportedly went to visit friends. He was shot in the head at close range, according to police. There was no dispute or fighting prior to the shooting, according to unofficial sources.

S. is held as the shooter in this case. His hands and feet were shackled when he was led in front of a judge on Wednesday morning for a so-called pro-forma hearing as the investigations in this case are still ongoing.

According to the Prosecutor’s Office, there are several indications of S.’s involvement in this case. For instance, he was seen in the area at the time of the shooting.

There is video footage of him in the yard where the shooting took place. He panicked and took off on a scooter shortly thereafter. Also, he gave differing statements, the police said, and he allegedly had spoken about the purchase of a firearm.

There are four suspects in this case. Except for her client S., the other three were all let go, attorney-at-law Zylena Bary told the court. “Why is my client still detained?” she wondered. Bary called on the judge to let her client go so that he could await his trial in freedom.

In explaining why her client was near the crime scene, Bary said that S., who listened to his lawyer speaking with his head held low, and the victim were friends from a young age. “They lived close to each other, that is why my client was in the neighbourhood,” the lawyer explained.

Bary said the file against her client, who is a first offender, was wafer thin. “I cannot imagine rioting in the streets if my client were released,” she said.

S., who denies the charges, was arrested and his house searched three weeks after the shooting.

The prosecutor said there were sufficient grounds to keep him behind lock and key. According to the judge the accusations were “solid enough” to warrant the suspect’s continued detention.

It is not yet known when the next hearing in this case will take place.