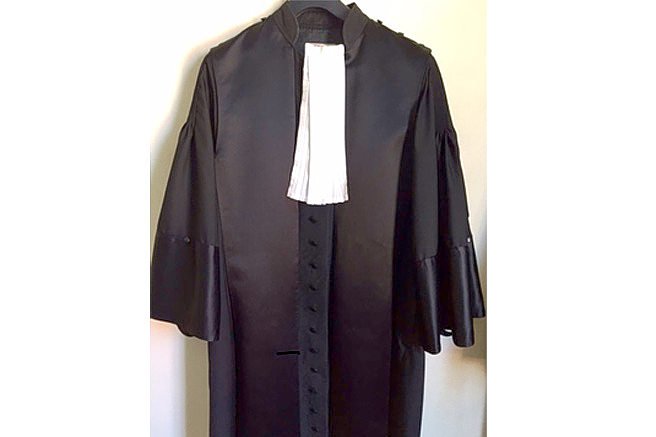 PHILIPSBURG–The Prosecutor’s Office is holding H.B.G.R. (33) for one of two men who attempted an armed robbery in broad daylight at Paradise Plaza Casino on Welfare Road, Cole Bay, on July 12. The defendant, who was also charged with misappropriation of a Kia Picanto, denied the allegations. “I am not a terrorist, or a criminal,” he said during Thursday’s trial.

The Prosecutor called for a prison sentence of three years. The Judge will give his decision in this case on September 14.

R. initially was also charged with the attempted burglary of Money for Gold pawn shop on April 16, but the Prosecutor said at the start of the trial that he would drop this charge for lack of evidence.

The defendant denied he had been one of two masked men, who had allegedly planned an armed robbery at the casino. The would-be robbers returned to their car, a black Kia Picanto, when they saw two security guards blocking the casino entry. They drove off and their vehicle was found later in the casino’s vicinity.

A witness saw that two men jumped over a wall and pulled down their masks. One of these persons was R., the witness told the Police. Together with the traces of several other persons, traces of R.’s DNA were found on the Kia’s steering wheel and dashboard. He was later seen in the casino’s neighbourhood driving around on a scooter.

R. claimed the DNA was placed in the car by one of the investigating detectives as he allegedly had a feud with him over his ex-fiancée.

According to the Prosecutor, R. was not standing trial for a conflict with a police officer but because he is an attempted-robbery suspect. The Prosecutor also presented video-camera images in the courtroom as evidence of R.’s involvement in the alleged crime.

He also held the defendant responsible for threatening a witness, who had declined to testify in front of a Judge of Instruction. The Prosecutor said the threats could only have been made by the defendant, as he was the only person besides his lawyer and the Prosecutor with access to the case file.

R.’s lawyer Shaira Bommel said that making threats was not in her client’s interest. She said allegations of this nature were “unfounded guesswork.” She pleaded for her client’s full acquittal for lack of evidence.

Bommel said the witness’ statement was insufficiently specific and, therefore, unreliable. The lawyer also wondered why the Prosecutor seemed convinced about the DNA-results, as matches with no fewer than four other persons were found on the vehicle’s steering wheel.