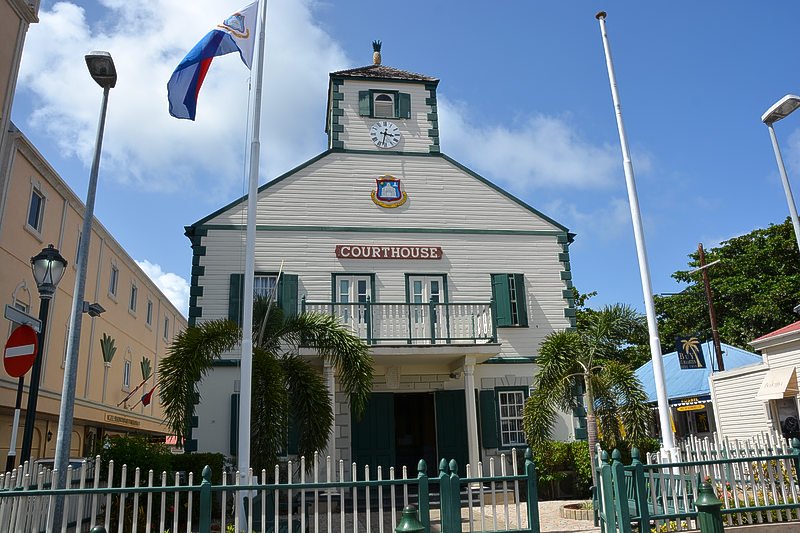 PHILIPSBURG–A repeat offender is facing two years for robbing a tourist couple of a handbag and personal items in the Pelican area on March 14, 2019. Suspect J.C. (34), who stood trial Wednesday for theft with violence, will learn his fate on March 4.

The couple reported the crime and told the police that the husband had been opening the door to their apartment after a night out when he heard his wife scream. When he saw that someone tried to take a handbag from her, he came to her rescue but was kicked in the neck. The violent attack left the husband slightly wounded, while the assailants took off with the bag and the man’s wallet.

Images from video-surveillance cameras led the police to the suspect, who confessed that he had played a role in the robbery together with a second, unidentified suspect.

“It was a robbery. But I did not hit him [the male victim – Ed.], that’s for sure, but yes, I did it. It was me and someone else,” C. told the judge on Wednesday. “I didn’t think it was a good idea,” he said in retrospect. “I wish I could have turned back the clock.”

The suspect has a criminal record dating back to 2011, but no incidents were reported since 2016. He told the judge he has been working for a living, having jobs at a casino and a car wash and earning some US $200 a night as a disc jockey.

The prosecutor held it against the suspect that together with someone else he had scared and robbed visitors to St. Maarten for a “mere” $100.

The repeat offender was held in pre-trial detention from the day he was arrested on October 31, 2019, until November 8, 2019. The prosecutor said that C. had been released due to a lack of cell space in the Pointe Blanche prison, but stated that the crime committed merited a prison sentence of two years.

According to attorney-at-law Geert Hatzmann, the prosecutor had a very “negative” opinion about the one-year-old case. He claimed that his client had taken responsibility for what had happened. He said the defendant deserved punishment, but instead of having to wait for a long time for the execution of his prison sentence, the lawyer recommended 18 months suspended, with 240 hours of community service and mandatory aggression replacement training (ART).

The prosecutor said the problems concerning the execution of prison sentences should not be made too big. “Also, in Curaçao, the Netherlands and the United States, prison sentences are not immediately executed. There are procedures for that, and you can file a complaint when it is taking too long. These problems should not have any influence on the punishment,” he said.