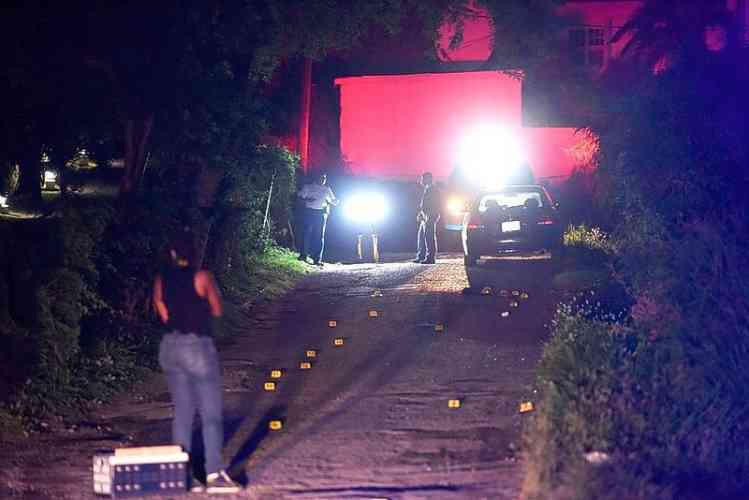 The entrance to Diamond Estate after the fatal stabbing on July 20, 2017. (File photo)

PHILIPSBURG–The suspect who allegedly stabbed to death Gary Zorilla (23) during a fight among several men at the entrance of Diamond Estate in Cole Bay on July 20, 2017, will have to appear in Court on April 18 to face charges, the Court decided Wednesday.

Zorilla died because of multiple stab wounds suffered during the fight.

Police reports suggest that seven men followed a group of four to the area with the intent to settle a score after an initial argument these men had with each other earlier in the evening at the gasoline station on Bush Road which turned into a physical confrontation.

The latter group, which included Zorilla, saw three men at the gas station with whom they had issues and a fight ensued that resulted in the trio being overpowered by the foursome that attacked them. The three apparently managed to flee and contacted four other friends to come to their aid.

The assailants saw that they were then outnumbered and decided to go to another friend who lives in Diamond Estate. However, the new group of seven followed and cut them off at the entrance. They all came out of their vehicles and a brawl ensued, leading to the stabbing of Zorilla and two others sustaining cuts.

Zorilla, S.D.R. (24) and K.A.C. (22) were rushed to St. Maarten Medical Center (SMMC) for medical treatment, where Zorilla died from his wounds.

That same afternoon, three suspects in this case I.A.W. (23), J.E.N.S. (23) and A.A.L. (20) voluntarily turned themselves in at the police station in Philipsburg, accompanied by their mothers and lawyers.

The suspects were immediately arrested by orders of the Prosecutor. House searches were carried out and items related to this incident were found and confiscated.

Zorilla, who worked in the carwash section of Motor World, left behind a four-year-old daughter and grieving family and friends.

Suspect A.A.L. appeared before the Judge on Wednesday morning. The Prosecutor informed him that he will be charged with manslaughter, the inflicting of severe bodily harm, and public violence.

The Prosecutor said the case could not be dealt with immediately because investigations by Netherlands Forensic Institute (NFI) have not yet been completed and one witness still needs to be heard by an Investigating Judge.

A.A.L.’s lawyer pleaded with the Court for her client’s pre-trial detention to be lifted or suspended, but the Prosecutor objected, because the defendant had already been convicted of a crime of violence in 2014. He recommended that the Court keep the suspect behind bars until the trial date.

The lawyer said her client should be released, as he had been hopeful to prove his innocence. She said that “everyone was fighting with each other” that night, and that there is no evidence that her client had stabbed Zorilla to death. She claimed that only public violence could be proven.

According to the Prosecutor, it would emerge from the forensic report that the suspect could be “physically linked” with the victim.

The Judge turned down the request for release, as there were sufficient indications of A.A.L.’s involvement in public violence. Also, A.A.L.’s DNA had been found on Zorilla’s body, said the Judge.