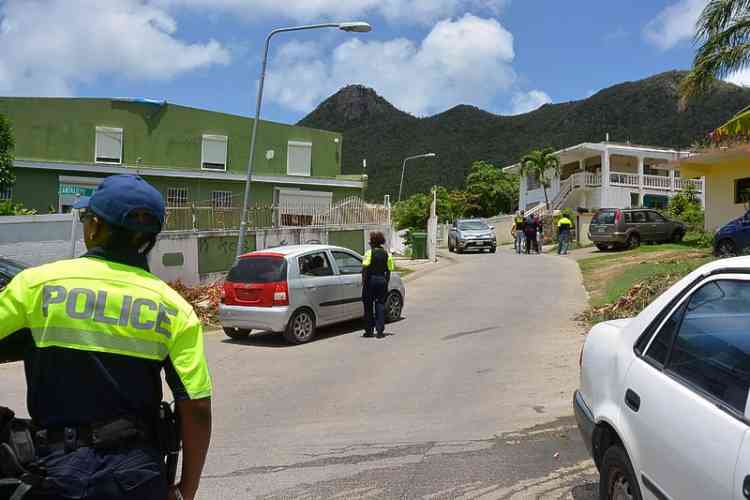 Police, Prosecutor, Judge and court staff in St. Peters on Tuesday morning re-enacting the scene of the fight which took place on January 13. The suspect was present to walk through the incident with his attorney Shamira Roseburg. Story on page .

ST. PETERS–The suspect responsible for knocking down two adults and a child on January 13 requested via his Attorney Shamira Roseburg a re-enactment of the scene as he claims that he did not intend to hurt the child in the vicinity of the fight at the time.

The police cordoned off the scene of the accident and the Prosecutor, Judge of Instruction and the suspect re-enacted most of what had transpired earlier this year.

The man was driving a white Picanto when he knocked down the two adults and a child who later passed away due to the injuries sustained during the scuffle. The adults were injured and transported to the St. Maarten Medical Center Emergency Room.

Police spokesman Chief Inspector Ricardo Henson said on June 13 that a group of persons had been fighting, the child had been on the street at the time of the incident, and a vehicle had knocked down three persons during the fight. The driver left the scene after it happened and soon after surrendered to police officers near his home, according to Henson.