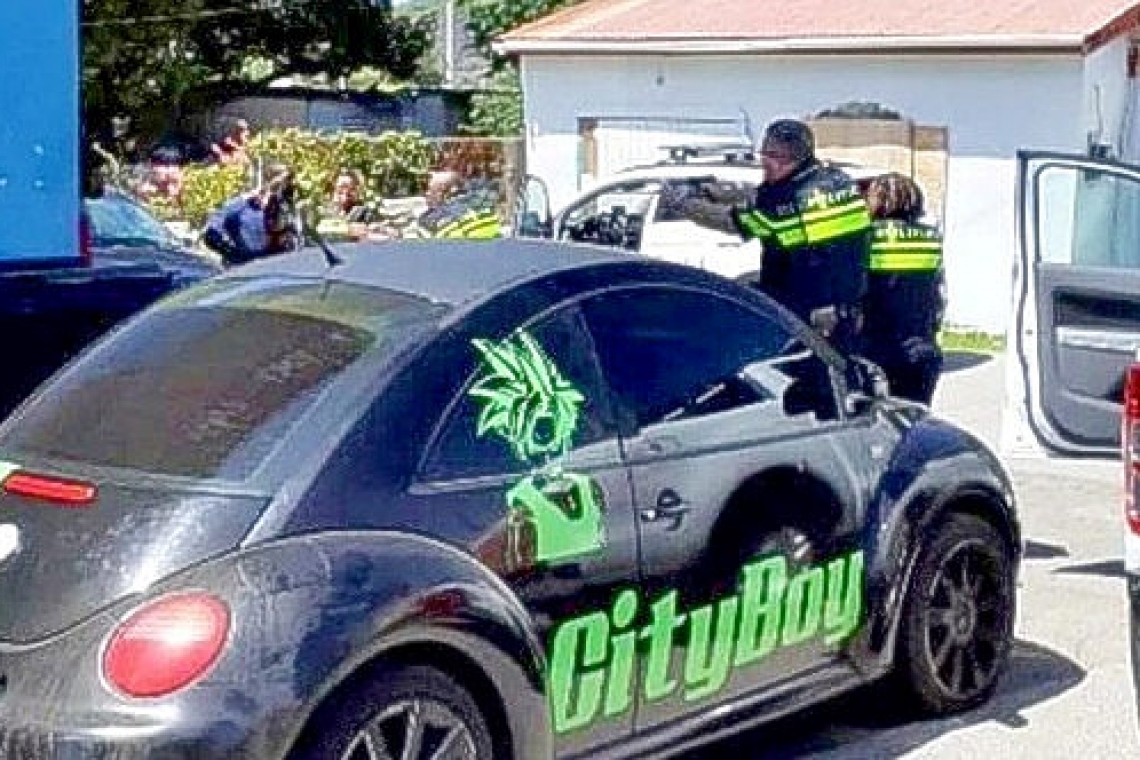 Caribbean Netherlands Police St. Eustatius have their guns drawn while attempting to arrest F.L.H. at Happy City on Heyliger Road.

ST. EUSTATIUS–Caribbean Netherlands Police St. Eustatius officers were dispatched to the crossing of Heyliger and Van Peere Roads for a brawl during the early morning hours of Monday, February 24.

When the officers arrived, the individuals who were fighting had already dispersed. One man who had been severely ill-treated by a group of men was taken to Queen Beatrix Medical Centre (QBMC) by friends, where he was treated in the emergency room for some facial injuries.

The victim was referred to the police station to file an official complaint, as it was not clear what exactly had transpired.

While police were still on the scene, about five persons involved in the brawl returned to the scene and attacked another man. Police broke up the second fracas and were verbally threatened by the group of men who had returned.

The victim who had been injured in the morning and underwent treatment at QBMC returned to the police station later that afternoon, alleging that F.L.H. (30) had just threatened him with a firearm. H. had been convicted of shooting at a man about two years ago. After sitting out his time in jail H. was released and is presently on probation.

Police patrols were dispatched to the location where the alleged threat occurred to conduct an investigation. The acting prosecutor subsequently ordered the arrest of H. and a search ensued to locate the suspect. A police patrol saw H. standing on Heyliger Road and proceeded to arrest him. Friends of H. who were on the scene intervened and aided H. in evading arrest. Police chased H. on foot, but he managed to escape.

The friends who had interfered in the detention were later arrested for their interference. Those arrested included H.’s friends D.C.A. (21) and S.N.S. (33). The police were seen in various areas conducting searches to locate H.