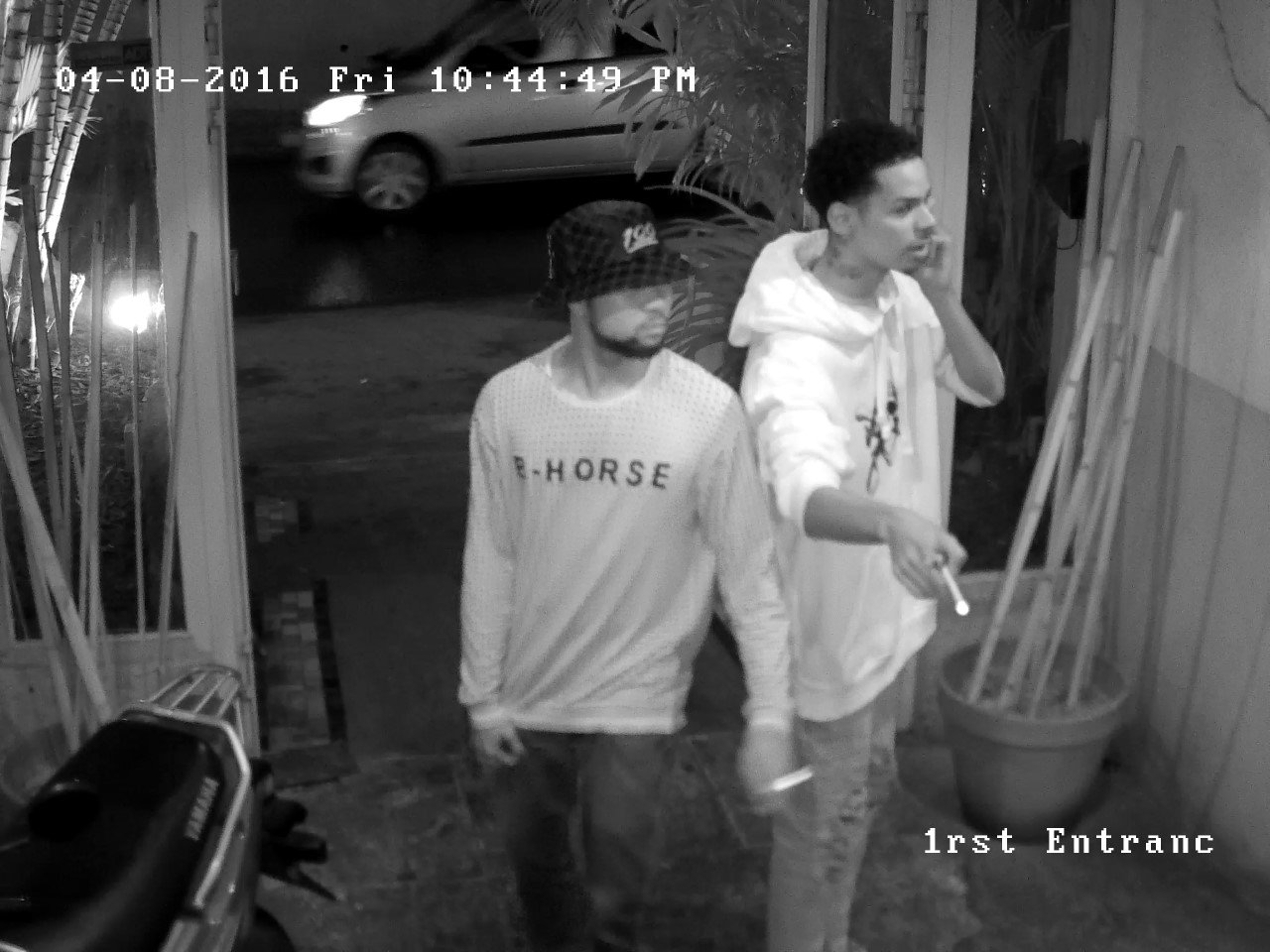 PHILIPSBURG–Police caught a break on Tuesday as one of the suspected culprits allegedly involved in an armed robbery last week Wednesday surrendered to authorities. The policed release pictures of two suspects in the area on Monday stating that they were looking for them.

The victims were held up at gunpoint and had their valuables taken from them. J.C. (21) voluntarily turned himself in at the Philipsburg Police Station and was arrested on the spot. Officers are still on the lookout for the second suspect who has not yet been arrested yet, so the search to locate and arrest him will continue.

Police thanked the entire community for their quick response in providing information regarding these suspects and is encouraging people to come on board in the battle against crime by continuing to give information that can help solve many cases.

“Crime is not only a police problem, its everyone’s problem. The police cannot do it alone,” a press release stated.