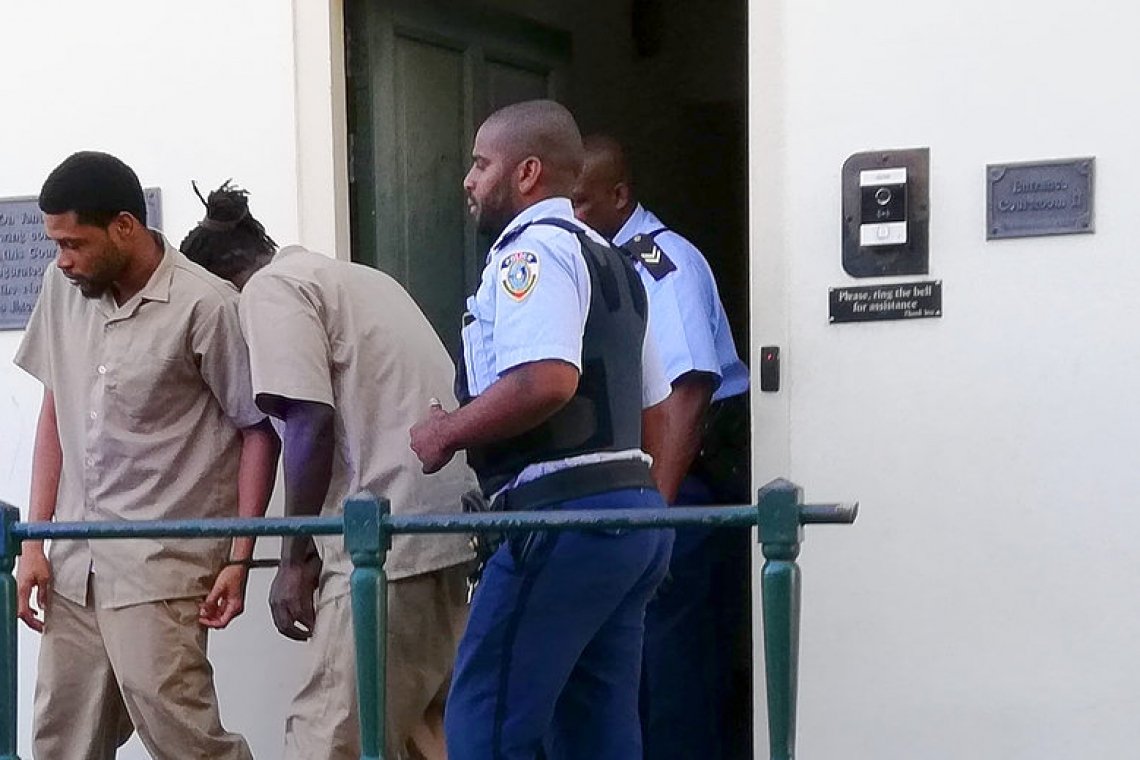 PHILIPSBURG–Two men who were sentenced by the Court of First Instance to eighteen years for two attempted murders and possession of illegal firearms had their sentences reduced to ten years by the Court of Appeals on Thursday, March 26.

On July 3, 2019, the Lesser Court found it proven that Craig Macarther Halliday (38) and Akeem Alexis Chumney (29) had committed a failed attempt to shoot and kill two men who were sitting in a car outside L’Esperance Hotel in Cay Hill on November 18, 2018. Halliday was also convicted of possession of four false 500-euro bills that were found when he was arrested.

Both men had denied any involvement in the shooting, which, according to the Prosecutor’s Office, was a failed attempt to take the life of a criminal identified as “J.E. Flanders” and that of the vehicle’s driver, whose identity remains unknown.

However, the Joint Court decided to overrule the verdict, as the Court’s judges did not find attempted murder proven. During the appeal hearing of March 5, 2020, both defendants had stated that they had heard that on November 18, 2018, at approximately 4:00pm, a Kia Picanto would be parked outside L’Esperance Hotel with inside it one person with a bag holding two kilogrammes of cocaine.

Halliday and Chumney said they had made plans to commit a so-called rip deal and take the bag with cocaine. They said that the shots fired during the rip deal had not been part of the plan.

According to the Solicitor-General, the scenario as painted by the two suspects should have been dismissed, as it was unbelievable, and because this scenario had only been presented during the appeal hearing and not previously. In the Prosecutor’s opinion, the shooting had been a coldblooded attempt to kill to kill fellow criminals.

However, the Appeals Court said the suspects’ statements were supported by evidence in the case file. Also, the Court considered that Halliday and Chumney might not have come clean any sooner because they had mistakenly thought they would be acquitted by the Court of First Instance for lack of evidence.

The Joint Court found both men guilty of having fired shots with a semi-automatic weapon at two persons inside a vehicle in broad daylight. Forensic investigations revealed that five shots were fired at close range. Therefore, the Joint Court convicted them of attempted manslaughter and possession of illegal firearms.