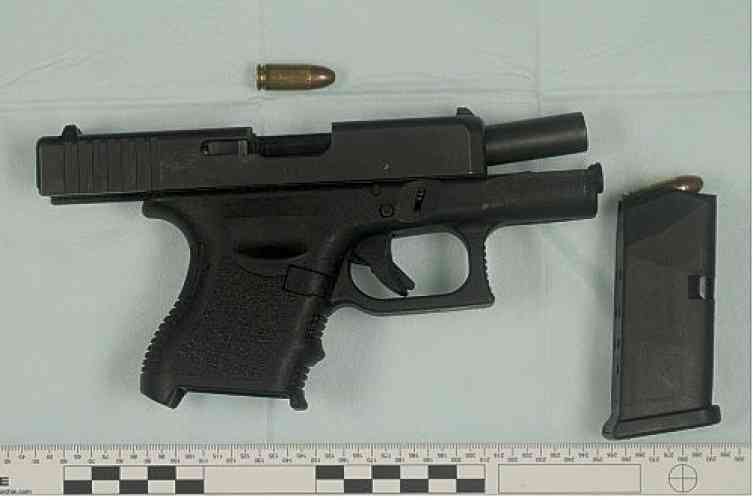 MARIGOT–The Court in Marigot on Friday sentenced J. P. (19) to a twelve-month prison sentence for possession of a Category B 9mm Glock pistol. He was placed on probation, and prohibited from carrying a firearm for ten years.

His scooter was confiscated and he was fined 400 euros for having no insurance, and 150 euros for no valid licence plates.

The prosecutor had asked for an 18-month prison sentence, six suspended, a 500 euro fine, five-year ban on carrying a firearm.

During a routine Gendarmerie roadside control on March 26, on the Boulevard de Grand Case, J.P. was stopped. He had no previous criminal record and was found to be carrying a 9mm Glock pistol with a magazine and a bullet in the barrel, hidden under the seat of a 125cc scooter.

The scooter had no licence plate. The young man, moreover, had no vehicle insurance and no driving licence. A small amount of cannabis herb was also found on him.

The prosecutor said in his summation that these were “serious infractions” for a young man who seemingly had a good future ahead of him, had been working but was now unemployed, and possessed a Baccalaureate Technique. On the bullet in the chamber of the gun, the Prosecutor noted the weapon was “immediately useable.”

The President of the Court warned the defendant he would go straight to prison in Guadeloupe if he broke any of the conditions of his sentence.