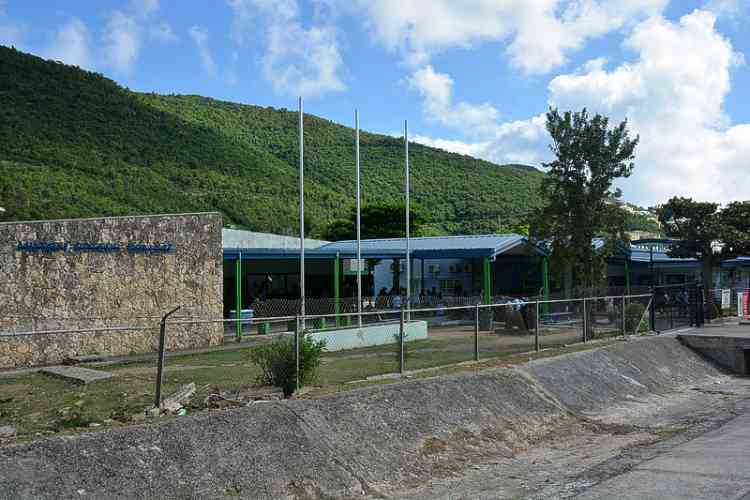 PHILIPSBURG–According to the School Board for Secondary Education SVOBE, the Ministry of Education, Culture, Youth and Sport is seriously at default where it concerns the financing of secondary education, as the remuneration granted to SVOBE does not cover the costs by far.

“SVOBE is currently in a vicious spiral and is heading for bankruptcy,” their lawyer stated in summary proceedings which were heard by the Court on Wednesday.

During Wednesday’s proceedings, attorney Camiel Koster of BZSE law office said the situation in which ministerial grants to SVOBE do not cover the cost “by far” exists already “for quite some time.” However, the situation has worsened since the 2010 introduction of the so-called lump sum compensation system, which is based on the number of students.

In the injunction, SVOBE called upon the Court to immediately suspend the ministerial decisions made in this case pertaining to the current 2018-2019 school year and to order the ministry to pay within two weeks NAf. 1,137,533 in compensation for repair cost incurred for damage caused by Hurricane Irma in September 2017.

Also, the minister should be convicted of payment of NAf. 1,125,488 with regard to unpaid social premiums, wage tax and pension contributions, also within two weeks.

Additionally, the School Board demanded to order the ministry to make monthly payments of NAf. 150,000 in addition to the fixed monthly allowance, until a decision has been made in all appeal proceedings.

Already in 2014, SVOBE filed a case about this system in which the ministry was ordered to pay SVOBE an additional monthly advance of NAf. 150,000.

The ministry paid this extra allowance until January 2018, but then stopped payment without prior notice. This caused problems as SVOBE could no longer meet its financial obligations. As per April 8, 2019, the School Board is having an average monthly deficit of NAf. 112,804, according to accountant BakerTilly.

From the start, SVOBE objected to the introduction of the lump sum system as it does not cover the actual costs for personnel and exploitation.

In the meantime, the financial situation has become so dire that SVOBE could no longer pay wage tax and social premiums of staff. SVOBE is also two months behind in the payment of pension premiums to General Pension Fund APS to the amount of NAf. 1,125,488.

In addition, other expenses such as the purchase of new teaching materials and much-needed maintenance estimated at almost US $1.5 million are postponed.

As a result of the financial problems, APS is threatening with collection measures and, said Koster, the Receiver who makes the grant payments, does so too late because the wage tax was not paid (in time). “In short: SVOBE is currently in a vicious spiral and is heading for bankruptcy,” the lawyer said in his pleadings.

“SVOBE is currently doing its best to keep the schools open, but the subsidy does not even cover the cost for personnel,” he said. “This means that certain obligations cannot be fulfilled – on time – and that certain important and necessary investments are being postponed, and the students of SVOBE will be suffering the most.”

According to SVOBE, the lump sum system does not have a legal basis and is in violation of international treaties, the Constitution of St. Maarten and the law.

MPC is the only Dutch-language school in St. Maarten offering education at VSBO-TKL, HAVO and VWO level. According to international treaties, government is obligated to maintain the offer of free Dutch-language education not only because Dutch is an official language in Country St. Maarten, but also because many students from St. Maarten are studying in the Netherlands.

SVOBE further claims that under the lump sum system staff members are incorrectly classified and that several functions such as those of the director, department heads, financial manager and executive secretary were not taken into account.

The system also does not take into account the indexing of salaries and uses the wrong system to calculate vacation money. Furthermore, it does not consider training for staff or students with learning disabilities.

Also, it was not taken into consideration that SVOBE had to pay for damage caused by Hurricane Irma to the tune of NAf. 1,137,553 without any additional financial support from the Ministry of Education.

“The lump sum system does not take the reality into account. It seems that the system has not been properly thought trough. [Government Accounts Bureau – Ed] SOAB has screened it and made a number of recommendations, but still the minister refuses to accept. It still boils down to tens of millions of guilders being played with annually based on a five-page document,” said Koster.