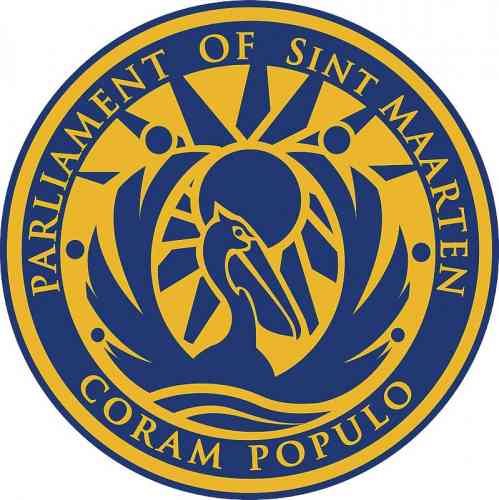 PHILIPSBURG–Incoming substitute Member of Parliament Jules James may finally be at the end of his wait to take up temporarily the seat once occupied by suspended MP Theo Heyliger, and return the legislature to its full complement of fifteen members.

Parliament sat in an urgent meeting on Monday afternoon to examine James’ credentials as required by the Constitution. James is now cleared to take the oath of office before Governor Eugene Holiday.

The examination of James’ credentials was not without controversy. Some members of opposition National Alliance and United St. Maarten Party called for a total re-examining of the credentials instead of ratification of the committee report of March 28 from a meeting they considered unconstitutional. They threatened to no longer support the meeting if the documents were not taken back up for re-examination.

MP Egbert Doran (NA) added his voice by proposing all documents be given to MPs for review during an adjournment. This was granted and on resumption of the meeting Parliament Chairwoman Sarah Wescot-Williams repeated to MPs her intention to install a committee to review the documents again.

The review was conducted by a committee comprising MPs Franklin Meyers (United Democrats), Silveria Jacobs (NA) and Frans Richardson (US Party). The committee had one enquiry related to the documents. James as a former MP was not required to submit an excerpt from the Civil Registry. Richardson’s query via committee chairman Meyers was what if James had since written out of the civil registry and was not residing in the country.

After receiving the verbal report and dissolving the committee, Wescot-Williams pointed out that the law states only that a former MP was not required to submit the excerpt and does not state anything further.

With the close of that agenda point that enables James’ swearing-in, Wescot-Williams proceeded to the final agenda point – the closing of the meeting. It was at this point that she sought to address what she called accusations against her by some of the opposition MPs about her trying to trick the governor and making unconstitutional moves.

Her statement did not sit well with those MPs and led to Richardson questioning whether Wescot-Williams was speaking for the chair when this was not allowed. Her response was that she was addressing the statements made against her. Richardson then demanded a roll call and MPs on his side of the aisle walked out, leaving the meeting with only seven MPs present, one short of a quorum. This urgent sitting of Parliament will now have to be recalled at a later date only for the procedure to close it off to be formally completed.

Monday’s meeting was the result of acting Governor Reynold Groeneveldt not accepting the parliamentary committee report of March 27 on the examining of James’ credentials. This has halted the process of James’ swearing-in.

Wescot-Williams told The Daily Herald on Friday that Groeneveldt had sent a correspondence to Parliament stating that “a decision of Parliament” on the credentials was not attached to James’ documentation and he would await further notification.

“It is a bit unfortunate that the governor, in doing so, actually questions the workings of Parliament. However, I would leave that for what it is at this time. On the other hand, the issue of having a formal decision by Parliament is exactly why the route of the committee was chosen,” said Wescot-Williams.

“I am not going to challenge the governor. It is unfortunate that he chose that angle, but he probably did this for his reason and I hope it is not to have a whole discussion about legality, and then we get legal experts on his side and on our side. Then we have another standoff.”

James is the next highest vote-getter on the United Democrats 2018 Parliament election slate who is not yet serving in the legislature or in the Council of Ministers. He will be appointed as a “deputy” as prescribed by the Constitution.

James is to take up Heyliger’s seat that became vacant two weeks ago when Heyliger was suspended under Article 50 of the Constitution due to his pre-trial detention. He is currently detained in Bonaire as the investigation into the Prosecutor’s Office’s allegations of corruption and money-laundering over a long period of time continues.