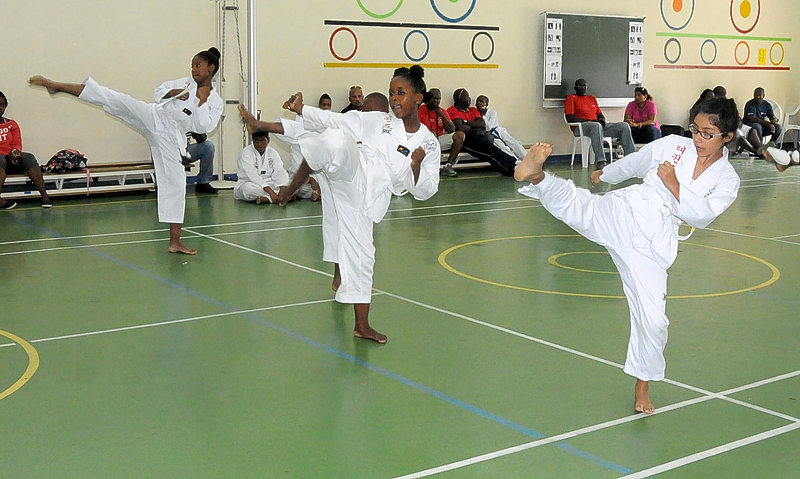 MIDDLE REGION–A total of 54 athletes successfully passed their quarterly examination at the King Yen Tae kwon do School at Sister Marie Laurence School on Saturday.  The group had to display endurance, flexibility, basic techniques and patterns and the more advanced were also tested on free sparring and breaking boards.

The passing of the examination earned the athlete the right to wear the next higher coloured belt. 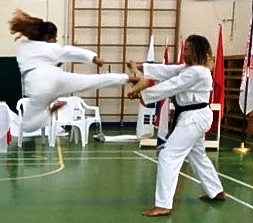 Blue belt – red stripe
A Red stripe will be added to the Blue belts of  Khalil Beeldsnijder,  Eldert Joel Louisa and Andries
Patrick.

In the adult group Julian Fleming earned a  Blue belt.

“Each time the students graduate from one level to the next, it is a positive development for the Tae kwon do sport on St. Maarten,” said Theo Liu Grand Master of King Yen.
The Grand Master was assisted in administering the examinations by his local  made black belt holders Freya Knaggs, Yanick Patrick, Destiny Washington, Lee – Ann Liu, Ivyanne Loisa and the school therapist and tournament coordinator Paulien Vuijst.
“We had quite some students that took an exam for the first time and the results were encouraging” said Master Liu.  He continued, “Most students do the exam for one higher grade but very good students may do two exams at the same day. They advance two grades if they pass both exams.”
Tae kwon do is more than just a sport to the Grand master.  In addition to teaching how to punch, kick and block, Liu works with each student to develop physical and mental health, instil respect, dedication and discipline and self-esteem.
Tae kwon do helps  students  acquire a higher level of inner peace  and  self-control through meditation.