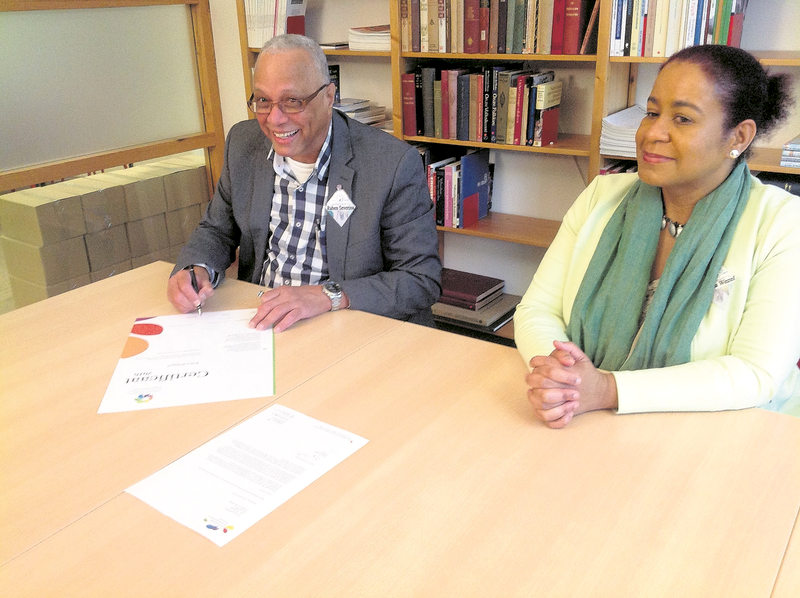 THE HAGUE–The traditions of “tambú” (musical instrument and song/dance style) and the “kaha di òrgel” (musical instrument), originating in Aruba, Bonaire and Curaçao, were placed on the Netherlands National Inventory of Immaterial Cultural Heritage this week.

The SPLIKA Foundation for the promotion of Curaçao culture and the Papiamentu language took the initiative to put these two traditions on the national immaterial heritage list. The foundation sees this as a concrete action to keep these traditions alive and to share these with others.

According to SPLIKA, it is important to keep these expressions of culture alive in the Netherlands and to make sure that the know-how, passion and love for these traditions is transferred to the next generations.

Representatives of SPLIKA and the Netherlands Immaterial Cultural Heritage Knowledge Centre signed the certificate to add the “tambú” and the “kaha di òrgel” to the inventory on Wednesday, it was announced in a press release on Thursday.

“Tambú” is the name of a drum, the playing on this drum, and also the name of the accompanying song and dance style. Characteristic of the “tambú” are the main singer and the choir which gives answers or repeats what is being sung, accompanied by rhythmic clapping of hands by onlookers.

The “tambú” was used in the old days to sing about the exploitation on the plantations in the West. In the twentieth century, tambú focused on political and everyday events. Nowadays, “tambú” addresses more general issues in society.

The “kaha di òrgel” or “ka’i òrgel” is the name of a musical instrument that resembles both a cylinder piano and an organ. The instrument, mostly used at (semi) formal parties, is cranked up by hand. Couples dance the waltz and mazurka in special folklore clothing. The manufacturing by hand and the playing of this instrument is part of the “kaha di òrgel” tradition.

Both traditions have their roots in Aruba, Bonaire and Curaçao, but the nomination to be placed on the Immaterial Heritage List concerns the traditions as these are practiced in the Netherlands, mostly by the Dutch Caribbean community.

The current “tambú” and “kaha di òrgel” performances have been adapted to the Dutch situation and are a bit different from the traditions on the islands. “Tambú” for example is performed year-round in the Netherlands instead of only during the New Year celebrations on the islands, and also inside party halls, and not in the open air.

Foundation SPLIKA prepared a heritage care plan with concrete actions to keep the traditions alive and to transfer these to the next generations. SPLIKA wants to organise workshops and document know-how with cultural experts in the Netherlands and on the islands. Know-how will be transferred from the elderly to the young generation.

The treaty encompasses the entire Dutch Kingdom. The national inventory currently includes 108 cultural traditions, festivities, events, professions, arts and expressions of social cohesion and integrity, all from the Netherlands.

Earlier this year, the Rotterdam Summer Carnival of the Caribbean community was added to the list. The islands have the opportunity to place their national immaterial cultural heritage on the inventory list.