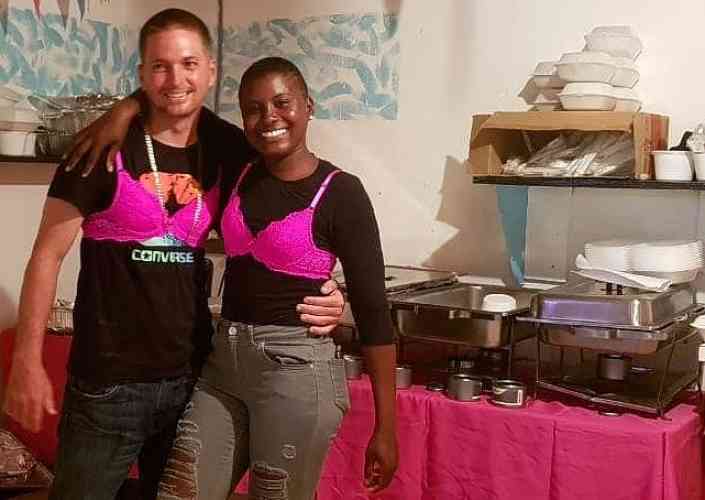 ST. EUSTATIUS–Thursday’s edition of Taste of the Cultures at Mike van Putten Youth Centre/Lion’s Den was all about Breast Cancer Awareness Month. The culinary event, however, still featured many delicious dishes from various nations around the world.

Taste of the Cultures event is a collaboration between St. Eustatius Tourism Development Foundation (STDF) and St. Eustatius Business Association (STEBA). Golden Rock Cancer Awareness Foundation (GRCAF) was also represented with a booth. GRCAF held a raffle with prizes given out to lucky winners Suzy Patrick and Moveda Douglas.

The entertainment for the night included the Daughters of the King dancers. Mega D Youth Foundation’s after-school programme presented young Elizabeth Courtar who sang “I Look to You” and the GVP dancers performed a modern dance. All performers received a resounding applause.