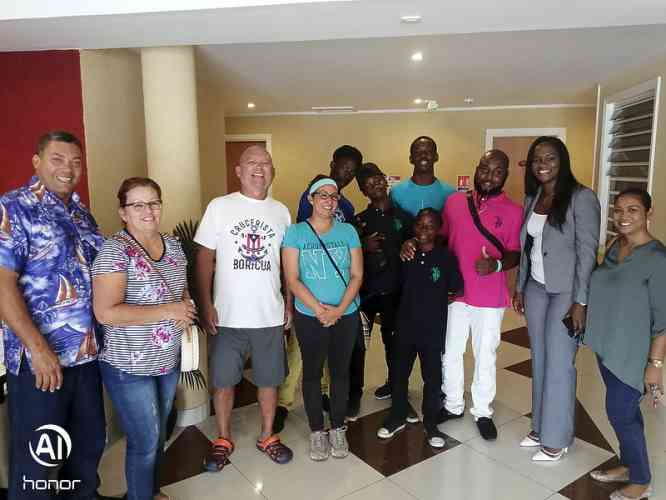 First Vice-President of the Collectivité Valérie Damaseau (second right) with the two men who were hospitalized accompanied by their wives, the five rescuers and a St. Maarten Port representative in the Fantastic Hotel, Concordia.

MARIGOT–Colleagues of the taxi driver involved in the accident Saturday in which his van with tourists on board ended up in the water in the Bay of Marigot near the market area, have condemned various social media posts that painted a different story, undermining the heroic efforts of the young boys and giving a negative image of taxi drivers.

According to witnesses on the scene the driver seemed to have got in a mix-up with the gears, engaging drive when he thought he was in reverse and then panicking when the accelerator reportedly got stuck which led to the van mounting the rocks and entering the water. It was not known if there was anything mechanically wrong with the gears or if it was human error.

“It was an accident that could have happened to anyone at any time,” said a taxi driver who was at the scene. “The driver certainly was not drunk as suggested on social media posts. The Gendarmes were there and tested him. Luckily the van did not go all the way nose first into deep water and as the back was still sticking out, I was able to open the back door and some got out that way. As you can imagine there was a lot of commotion and panicking with everyone trying to help.

“Those young boys dived into the water to help the people get out from the front. They did it with a willing and brave heart, good Samaritans. To say they did it to steal is a disgrace. If they were going to steal do you think they would still stick around? Thanks to them everyone got out alive.”

At least two tourists were transferred to hospital from choking and ingesting sea water. CPR was reportedly performed on an elderly gentleman at the scene but it was not clear by who.

The Gendarmerie report subsequently issued Monday confirmed alcohol and drug tests on the driver were returned negative. Lt. Colonel Manzoni said there was no evidence of stealing. The report said:

“On June 22 at approximately 1:00pm a taxi minibus registered on the Dutch side was parked near the port facing the sea on the waterfront. As he was about to depart with 14 passengers on board the driver, in all likelihood, committed a driving error which caused the bus to fall into the water. The passengers and the driver were brought out of the water thanks to the intervention of passers-by at the scene.

Two persons were transported to hospital in serious condition from ingesting water. The 13 other passengers were also evacuated to the hospital for a check-up. The accident is under investigation by the Gendarmerie.”

Meanwhile the five young men who helped save the tourists from drowning were named as Enderson Lovinsti, Steve Artsen, Brisaxelle Richardson, Raheim Louis-Wilson and Rajjanie Louis. They were congratulated on Sunday by First Vice-President Valérie Damaseau.

“You have all shown great courage, strength and love above self and I thank you for that,” she told them. “You put your life in danger to save others. Tourism is you, tourism is me, tourism is us.”

Damaseau also made a point of visiting the two cruise passengers at the Fantastic Hotel where they spent the night after hospitalization. It was an opportunity for the tourists to reflect on their misadventure. The two were released from hospital and transferred to the Dutch side but their condition has to be monitored on return to their country.

“This was our third time to the island and we love it,” the pair were quoted as saying. “What happened yesterday was an accident and we blame nobody. We love this island and will come again.”

President Daniel Gibbs has organized a reception on Wednesday to honour the five young men for their bravery.

April 22, 2021
0
Director of Environment, Nature and Infrastructure Anthony Reid speaking at a meeting. ST. EUSTATIUS--The draft nature ordinance will be discussed at a town hall meeting... 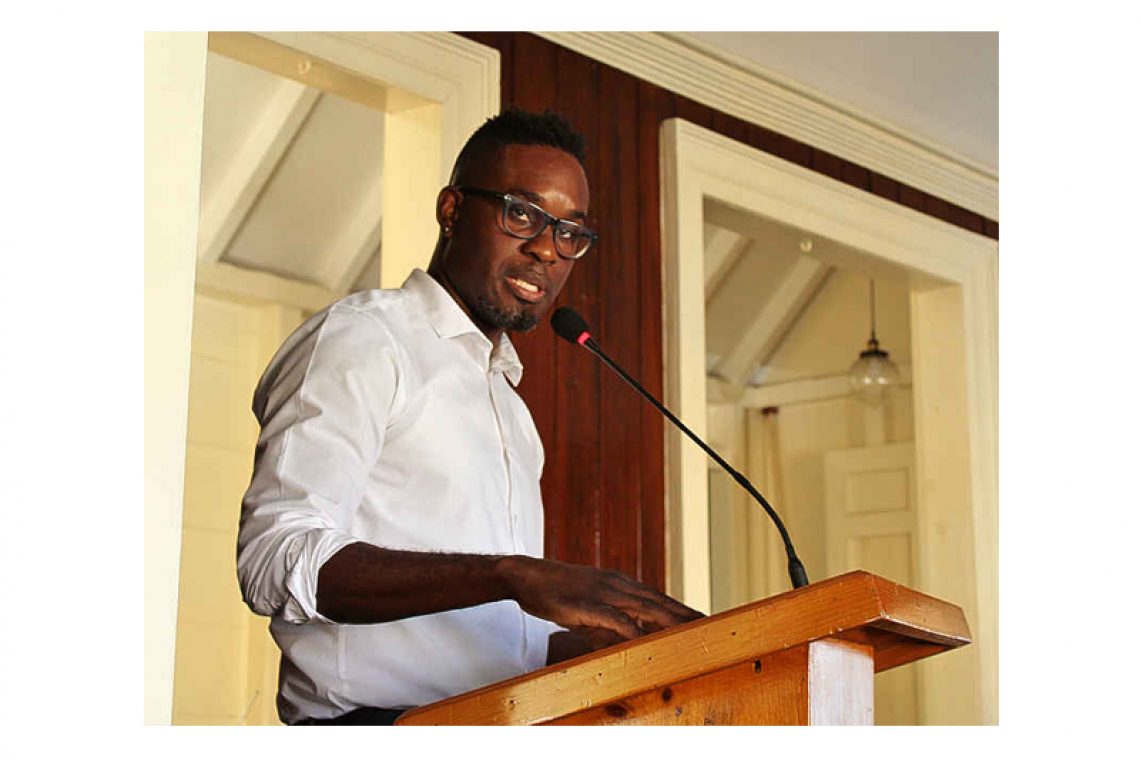 April 22, 2021
0
Director of Environment, Nature and Infrastructure Anthony Reid speaking at a meeting. ST. EUSTATIUS--The draft nature ordinance will be discussed at a town hall meeting... 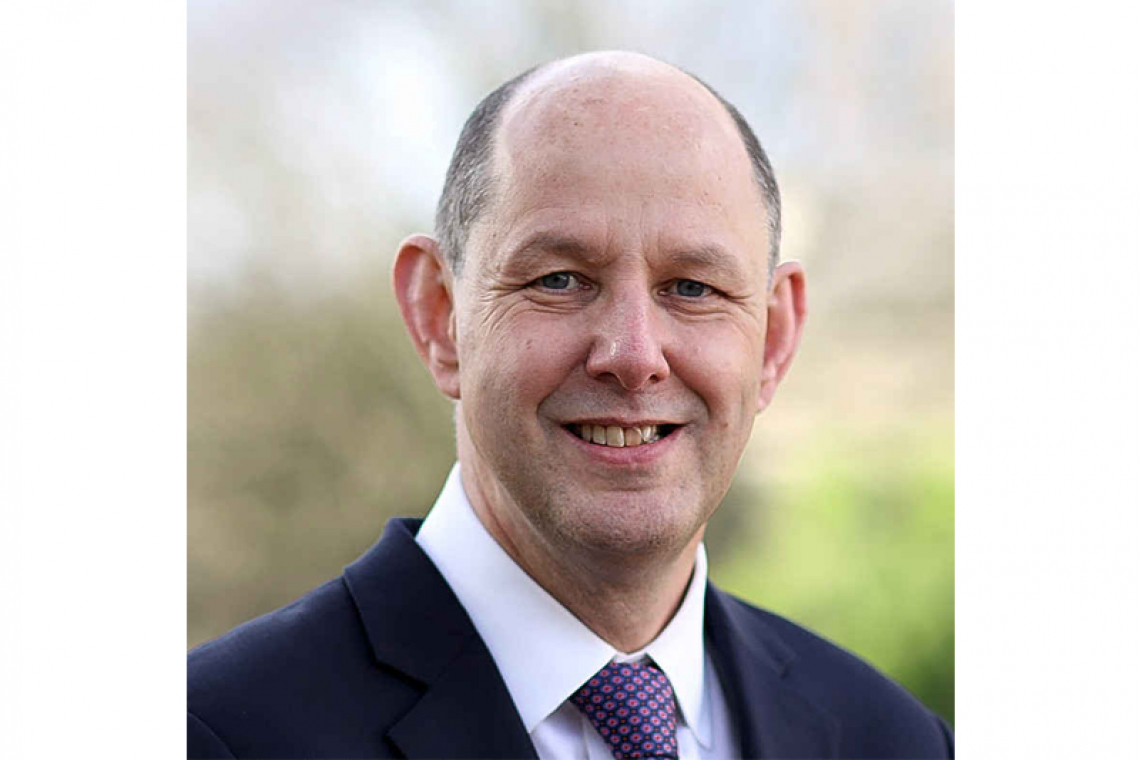