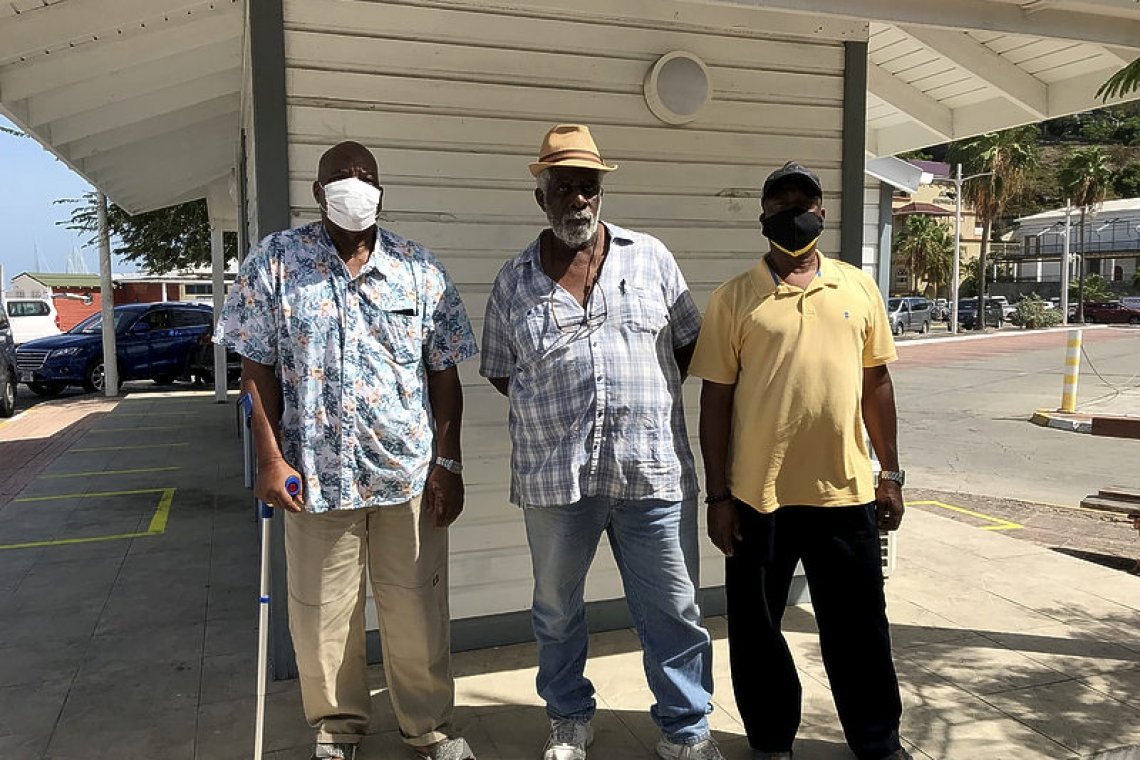 MARIGOT–French-side taxi drivers say they are not receiving financial aid from the national Solidarity Fund, having been caught up in rejection notices sent out by the Collectivité’s public finance department. They claim the taxi profession is being neglected while other businesses are receiving financial aid.

As small, independent business owners, taxi drivers are entitled to the 1,500-euros-per-month aid which is a survival measure implemented for three months, and which has since been extended by President of the Collectivité Daniel Gibbs. But several businesses have been told they do not qualify because their social charges are not paid up to date, or due to other issues.

As tourism ambassadors – the ones who create the first impression a tourist receives on arrival to the island – taxi drivers depend almost entirely on tourism which is non-existent presently. The profession has not recovered since the onslaught of Hurricane Irma in 2017, the subsequent protests connected with the State’s controversial natural risks prevention plan PPRN for St. Martin, and now the COVID-19 pandemic.

Attempts since Irma to diversify into the local market and not be so dependent on tourism have not really helped, leaving most of the 200 registered taxis idle and depending on financial aid.

“We keep getting knocked down. When we try to get up we get knocked down again,” laments Swalicab Taxi Service’s technical adviser Raymond Helligar. He stressed he was voicing concerns of the whole taxi profession, not just Swalicab.

Despite a petition organised by small business association Fédération de Très Petites Entreprises (FTPE) that attracted 300 signatures and an appeal to Opposition Councillor Jules Charville, Helligar says the profession is not receiving the support it was hoping for.

He said taxi drivers represented one-third of the 69 rejections issued. FTPE made it clear in a letter to government that the aid measures are insufficient.

Helligar explained that even with interest-free loans available, the aid system is set up to pre-qualify applicants. If you didn’t qualify at the first steps for 1,500 euros you would not be able to apply for the loan.

“You have to ask yourself why the social charges haven’t been paid and it’s because there is no income to pay it. The social charges should be wiped out to give us a break, to catch up, and charges can be addressed later,” Helligar argued. “We feel there is a conspiracy to put us out of business, making us feel like an endangered species, to be replaced by Uber.

“The demand for financial aid has been more than the Collectivité anticipated, and it is making excuses not to pay out, saying this and that has been filed incorrectly, wrong addresses, wrong account. … It’s all nonsense. We always get the short end of the stick.  Yet we see the money being shared out with large companies getting help, but why not us? It’s always the same few who benefit. If there is insufficient funds, ask France for more.”

Helligar said there is a familiar sentiment of taxi drivers being among the local trades left with the “crumbs” because of government appearing to favour friends and outside companies over locals. He wonders who is now going to finance modifications to taxi interiors to comply with COVID-19 rules.

Helligar said taxi drivers would not lie down and die. “We will fight this all the way and use whatever means we have in a non-violent way to make sure we get the Collectivité’s attention. We will leave no stone unturned,” he said. “Ours is a noble profession that needs to survive.”

President Gibbs could not be reached by press time Sunday for his response.