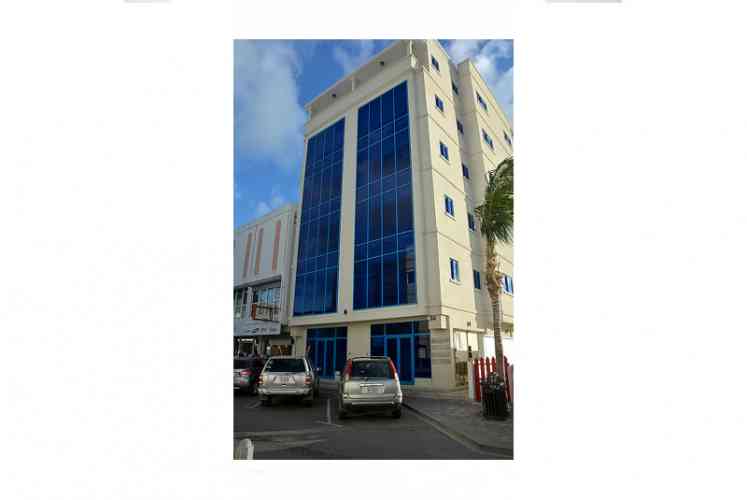 PHILIPSBURG–As part of an ongoing criminal investigation of the TBO, the Anti-corruption Taskforce, a home and various office buildings were searched this week in Sint Maarten.

The investigations of the TBO focus primarily on corruption and fraud. The Public Prosecutor Office has started a criminal investigation because of strong signals about abuses at the Bureau Telecommunicatie en Post (BTP). The Daily Herald understands a law office was also searched on Wednesday in connection with the case.

“Presumably the government has lost millions of dollars in revenue in recent years.
TBO is investigating the purchase/sale and financing of the BTP office building on Cannegieter street as well as the high operational costs. This causes a reduction in the payments that they make to the country,” TBO spokesman Roderick Gouverneur stated in a press release issued Wednesday evening.

“Other authorities, such as the General Audit Chamber Sint Maarten and the SOAB, have also previously investigated the expenditures of BTP. In view of the reconstruction of Sint Maarten, great attention is currently being paid to the finances of the country,” Gouverneur added. “The TBO is investigating the case further.”
TBO, the Anti-corruption Taskforce is a collaboration between the Criminal Investigation Team (RST) and the Office of the Attorney General of Curaçao, Sint Maarten, Bonaire, Sint Eustatius and Saba. They are specialized in combating financial criminal offenses and investigate corruption, (tax) fraud, forgery and money laundering.

Corruption reduces income and has a negative effect on the economic welfare of the country. Corruption causes unfair competition and reduces the confidence of the citizens in its government.

November 24, 2020
0
PHILIPSBURG--Concerned medical professionals say the use of masks should not be mandatory in schools for children less than twelve years old.  According to a press statement on Tuesday, this is based on the government’s guideline that children have to...
Read more