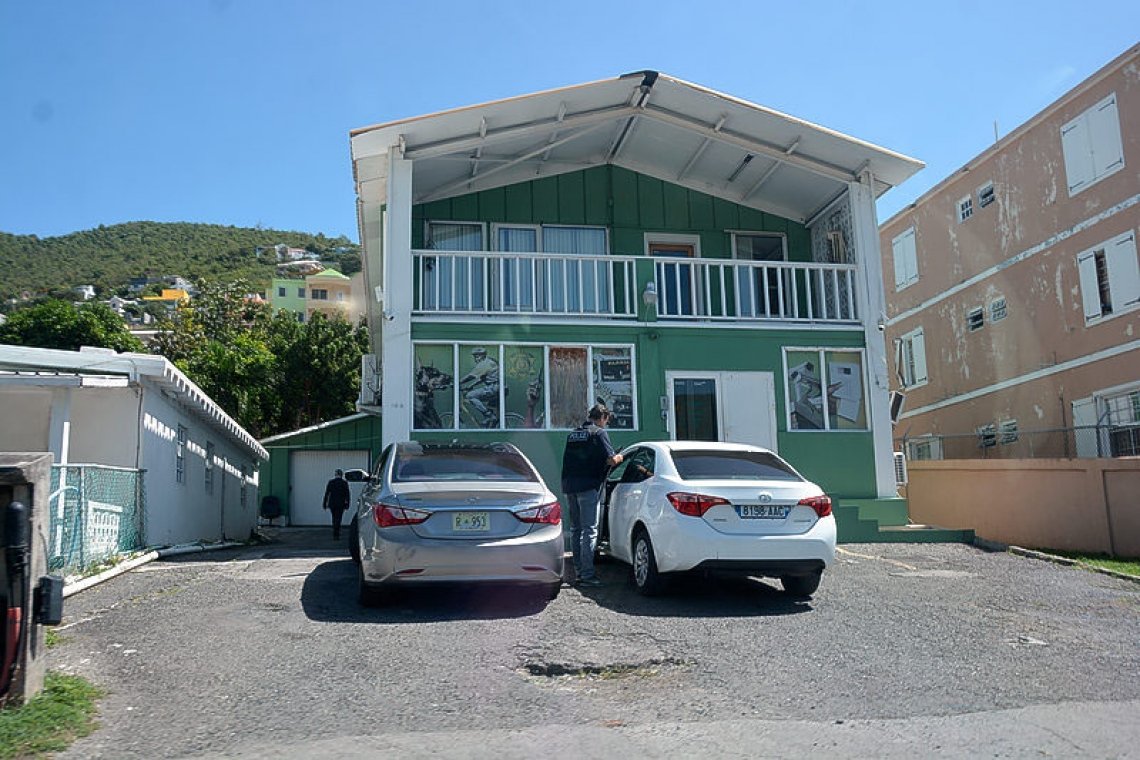 TBO officials conducted a search of the Sherriff Security office on Coralita Road on Tuesday.

PHILIPSBURG–The anti-corruption task force TBO searched an office and various archive storage areas of security company Sherriff Security today, Tuesday, under the supervision of a judge of instruction. No arrests have been made.

The investigation began in July 2018 and concentrates on alleged rigging of public bids regarding waste processing contracts. The offices of former landfill maintenance company Robelto and Sons, as well as the offices of the Infrastructure Department of the Ministry of Public Housing, Spatial Planning, Environment and Infrastructure VROMI were raided by TBO officials in December 2018.

“Ruby mainly focuses on the suspicion of administrative corruption, in particular the acceptance of bribes and the misuse of public funds for personal purposes,” said the Prosecutor’s Office.

“Although the company had been given ample time, this demand was – presumably intentionally – not complied with in a satisfactory manner. This is one of the reasons why the Public Prosecutor’s Office requested permission from the judge of instruction to search the business premises and archive storages; to seize the relevant information,” according to the press release.

“It is important to emphasise that the level of compliance with a demand from the Public Prosecutor’s Office is not without obligation or at the sole discretion of the addressed party. On the contrary, it is legally required to comply fully.

“Failure to sufficiently cooperate with judicial authorities could result in a serious impediment to a criminal investigation. The consequences should not be underestimated. Such party accepts the risk of being subject to an unannounced search by the investigation services to secure the requested information.

“In addition to this, refusal to comply with such judicial demand can be qualified as non-observance of an official order. This is a criminal offence,” said the Prosecutor’s Office.

According to the Prosecutor’s Office, it is important for a functioning democratic society to have confidence in its public administration. “Administrative corruption is a multi-faceted phenomenon that occurs typically when public and private interests converge. Corruption undermines the integrity of the government and leads to unfair commercial competition. For this reason, TBO takes indications of corruption very seriously and, if necessary, conducts in-depth investigations.”