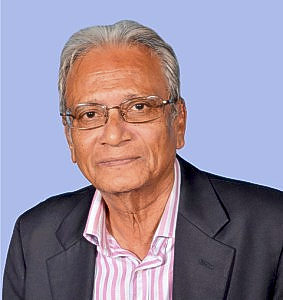 GEORGETOWN, Guyana–Teachers are in disagreement with Education Minister, Dr Rupert Roopnaraine’s opposition to students writing in excess of eight subjects at the Caribbean Secondary Education Certificate (CSEC) examinations. This was revealed when a report was submitted by several teachers of The Bishops’ High School to the Commission of Inquiry (CoI) into the education sector.

“The consensus shared among teachers is that any government diktat imposing an upper limit on the number of subjects secondary students are allowed to sit is a bridge too far. While we wholeheartedly endorse the sentiments of the Minister of Education regarding the questionable value of writing numerous subjects, we can think of at least six reasons why guidance (nudge), as opposed to decree, is the more sensible strategy,” the report stated.

The report entitled, “Perspectives on Education”, which was compiled with views and suggestions from 18 teachers at the School, stated that the decision as to the number of subjects being written at the examination was a personal one which was best left to parents and their children as they were “the perfect judge of their peculiar circumstances”.
“Not all students possess the same level of academic acumen. This necessarily means that while some students might find 20 subjects a daunting pursuit, others may not. The Education Ministry does not finance the sitting of these exams, except where they are subsidised. Given the absence of direct financing, the lack of financial consideration precludes a judgment on how a private citizen should spend his or her money, even when the good is publicly provided,” the teachers further opined in the submission.
The report went on to explain that often times, students pursue a large number of subjects at the CSEC examinations so as to aid in securing scholarships and other accolades.
In early April, the Education Minister had stated that he was against students writing more than eight subjects as students who write more than the required subjects lose the chance to be engaged in extra-curricular activities in most cases. He had stated that he was a strong believer that students should have the opportunity to grow throughout their school days, being able to get involved in activities that did not all focus on academics.
These activities that the Minister was referring to were sports and music which have become somewhat dormant in the school system. Roopnaraine had declared that he approved of students writing no more than eight subjects at one sitting, since this would be more productive and efficient.

These subjects would include the elemental subjects: Mathematics, English and Science, which are the most essential when it comes to the CSEC.

However, in the report, the teachers opined that placing an upper limit on how many subjects a student could pursue would not have the desired effect that the Minister hoped for, and unwanted situations may arise. “Those students who are prohibited from writing more than, say, eight subjects, can realistically sit the remainder as private candidates.” Disruptions in the working of schools – issues may include timetable allocations problems; and some teachers ending up without sufficient teaching periods” are some of the possible effects the report listed.
The teachers, therefore, provided a number of alternatives to capping the number of subjects students were allowed to write, one being the provision of guidance and counselling to both parents and students before making the decision.
“An alternative approach the Ministry may consider is the use of strategies that ‘nudge’ parents and pupils in the desired direction. Included among these are: provide subventions only up to the prescribed number of subjects; promote the benefits of extra-curricular activities to the student’s development; and mandate and finance a programme of activities that adds to students’ non-academic growth as a programme of this nature could conceivably limit the time available for instruction, making it impossible to teach beyond a certain number of subjects,” the report suggested.