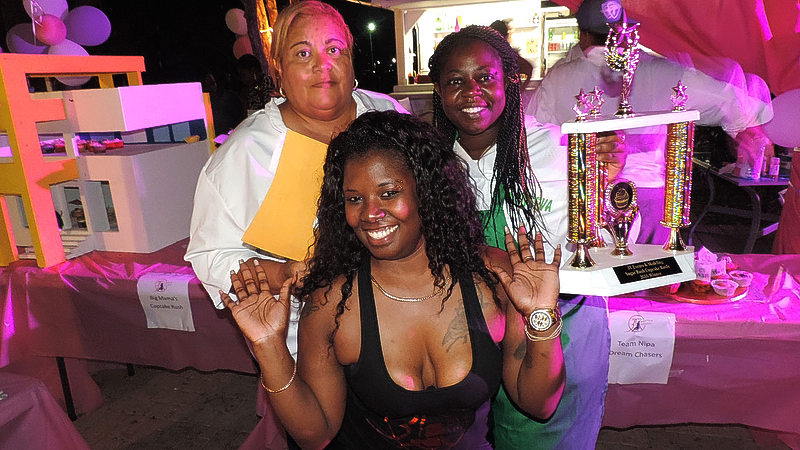 Team Big Mama Cupcake Rush, Sally’s Creations, Team NIPA Dream Chasers, Irresistible Desserts, and Cupcake Delights competed in the cupcake battle. The winning team took home a prize of US $500 donated by main sponsor Windward Islands Bank (WIB).
Organiser Tash Richardson said, “A big congratulations goes out to Team Big Mama Cupcake Rush with all their hard work, creativity, presentation and display table. The display was also set up at the WIB Main Branch on Monday morning for all customers to see and to sample her cupcakes.”
The five judges rated the cupcakes on bite-ability (size), frosting, cake (moistness, flavour, texture), and presentation/creativity (pleasing, flair, originality).
“A big ‘thank you” to all my judges. You ladies had a serious task and you all executed it well. Thanks to all the vendors that came out and supported this event with their cheesecakes, cookies, soup, crab backs and, of course, the rotis,” added Richardson. He also thanked sponsors: Windward Islands Bank, Carl & Sons Bakery, Snapit Studios, PDP Country Club and Summit Resort and Hotel.
Customers visiting the WIB branch on A.Th. Illidge Road today, Wednesday, will be able to see Sally’s Creations’ display table and sample some of her cupcakes.