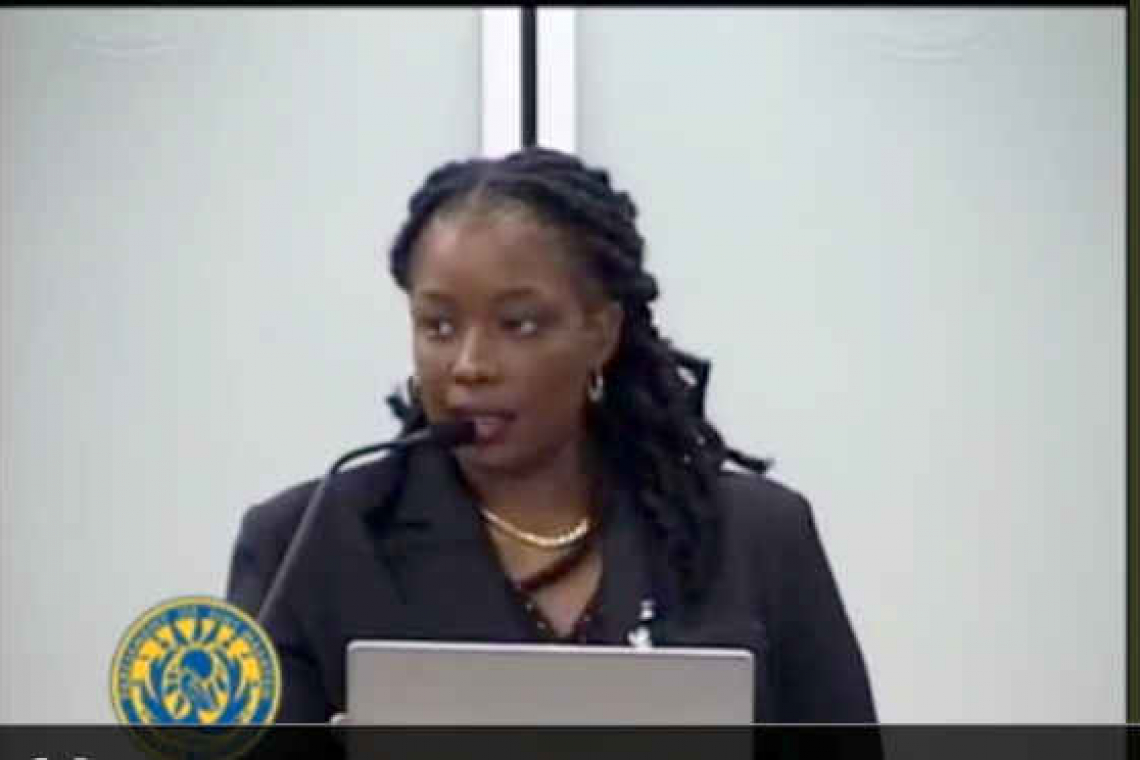 ~ To do away with paper permits, issue cards instead ~

PHILIPSBURG–Submitting applications from bankrupt and non-operational companies, providing falsified tax forms and presenting job letters from inoperative companies and companies where the applicant never worked, were among a range of unlawful and fraudulent actions from residence permit applicants that were encountered by the Immigration and Border Protection’s Compliance Team last year during a three-month pilot run of the team.

Justice Minister Anna Richardson provided the alarming information during a meeting of Parliament’s Justice Committee on Wednesday. The team encountered a Director License scheme whereby there was no existing business, there is unemployment, there is no bank account, no funds and the applicants were not even paying taxes. “In some instances, registered owners are actually working for another company or are unemployed,” the minister told Members of Parliament (MPs).

There were also cases where companies submitted residence permit applications on behalf of first-time applicants, when the company itself is bankrupt, or non-operational. Accountant letters were submitted with inflated figures and children with residency for Dutch St. Maarten had been attending school in French St. Martin and were born on the French side. There was also misuse of accountant letters, with persons claiming to be self-employed, but do not have any registered business in the country. Job letters were also presented from companies that are no longer operational, or the person no longer worked for such a company, or never worked for the company.

Additionally, there were applicants reapplying for residence permits, who no longer reside in St. Maarten, and there were cases where guarantors no longer wanted to stand guarantee for applicants. Falsified tax forms were also submitted. The minister displayed one such falsified tax form, which had been submitted to the Immigration and Border Protection Service, which showed a manipulated date on an outdated tax form.

As it relates to permanent residence permit holders, she said since coronavirus COVID 19, guarantor for applicants do not have incomes that meet the required annual amount and they are not making the monthly financial amount required. For those requesting permits under the “cohabitation” agreements, Richardson said the team was unable to confirm the legitimacy of the relationship or the applicant being able to financially afford the partner.

This section of residence and admission began as a project in July 2020 as a result of the COVID-19 pandemic. Several businesses declared closure which reduced the labour market and many persons lost their jobs. Some of these persons had applied for residency by means of labour permits while others filed for their spouse and kids abroad and/or those who were in the country.

However, many of these persons no longer have the financial means to support their family members as a result of their lack of income, Richardson explained. Given the government’s scarce liquidity position and the limited income, it is evident that St. Maarten cannot handle an unlimited flow of non-nationals, the minister said.

To get a better overview of residence permits and to protect the social benefits of the country, the Immigration Department established a Compliance Team to review the validity and legitimacy of documents being submitted for residence permits by means of a labour permit and or to examine and investigate the need for renewal and or granting of residence permits. It was during the pilot phase, which lasted for about three months, that the Compliance Department encountered the “various scenarios” and “cases.”

Richardson said some of the “pitfalls” identified in the Department of Residence and Admittance included lack of strong leadership, severe technical issues, broken phone system, lack of proper procedure, severe backlog of files that are 10+ years old that are still in hard copy and need to be digitalised.

The current plan of approach to improve the Residence and Admittance Department include a task management team, which has been put into place and the creation of a covenant between the Ministry of Justice Immigration and the Ministry of Labor.

Additional actions include upgrading the phone system with an appointment system, having information sessions of law, policy and procedures with staff, holding weekly meetings with all inter departments and simplifying and digitalising the entire application process, including digitalising hard copies of permits and moving away from issuing permits on paper and moving to cards. Following all Law Enforcement Council recommendations is another plan of approach to improve the department.