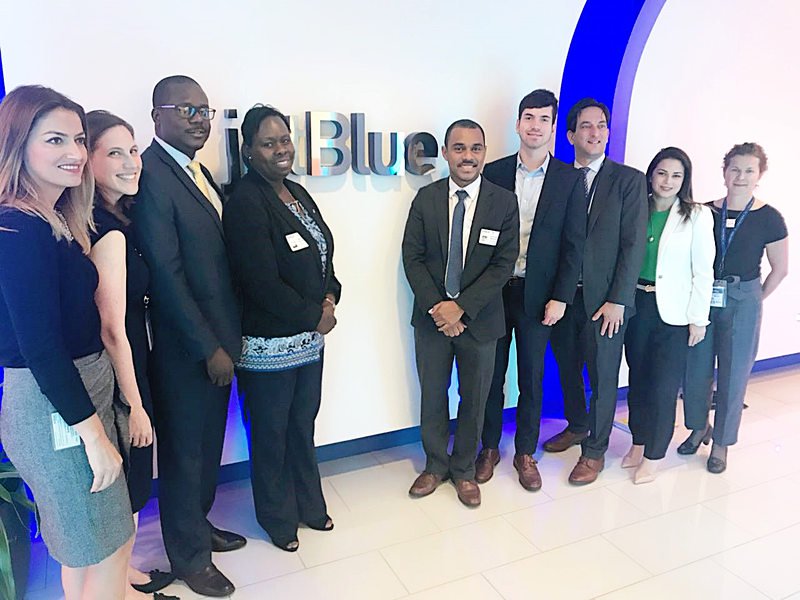 PHILIPSBURG–Minister of Tourism and Economic Affairs Mellissa Arrindell-Doncher on Thursday announced that JetBlue will resume service to the island twice-weekly on its New York route as of November 1.

As of November 1, JetBlue flights will service the JFK-SXM route on Mondays and Thursdays. The airline will resume its regular daily service out of New York as of January 2018.
The Minister along with Head of the St. Maarten Tourist Bureau Rolando Brison and her Chief of Cabinet Cecil Nicholas met with JetBlue on Thursday in New York. The airline’s representatives used the opportunity to re-assure the Minister of its commitment to maintaining a long-term partnership with St. Maarten and expressed confidence in St. Maarten’s recovery efforts.
The airlines representatives also told the Minister that its confidence to return is based largely in part on the efforts of the tourism Ministry to reassure its tourism partners after the hurricanes, maintain open lines of communication and get its airport open in the short term.
“We also presented our preliminary marketing plan to them and as a result they will be looking at increasing their daily flights out of New York as of January 2018,” Brison said. “The Fort Lauderdale – St. Maarten route is also still in the eyes of jetBlue and they fully intend to launch the route. The timeline may have shifted a bit it is still their goal to get that route open,” he said.
The Minister expressed her thanks to jetBlue for its continued support, for the role it played in transporting relief supplies to St. Maarten and its confidence in the destination. She said the tri-state area is historically very important to St. Maarten’s tourism product and getting JetBlue back online servicing St. Maarten is a key development in the island’s recovery.