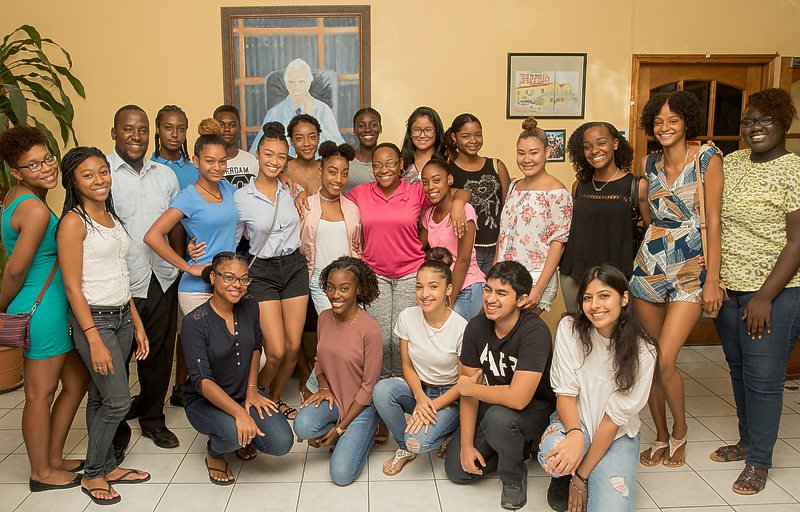 PHILIPSBURG–Publication of Teen Times will resume on November 8 with an entirely new group of young volunteer staff writers. The paper was last published in June and has been delayed due to Hurricane Irma.

“But we have a new group of dynamic young people and we are eager and excited to get going again,” said Teen Times Coordinator Roosje Rommy-Richardson on Sunday.
She explained that many senior Teen Times members were scheduled to leave in the next few months anyway, but due to the passing of Hurricane Irma their parents opted to send their children abroad immediately. This, she said, did not allow for a transition and guidance from the senior group members to new members.
“We are literally starting with a completely new group. Thankfully, we had already started a recruitment drive during the summer, so there was already a pool of volunteers that we could start with now,” she said.
Sticking to tradition, the group has identified St. Dominic IB student LeeAnn Wyatt High as the new Editor of the publication. The Editor, as the staff’s leader, ensures that Teen Times’ editorial policy to inform, educate, enlighten and entertain is carried out.
“We have always opted to have a young person guide the content of the paper, since young people are our core target group. This formula has worked well for us and we believe LeeAnn will do a fantastic job in this role,” Rommy-Richardson said.
In addition to the monthly publication, the Teen Times members have committed to do extra community work in the aftermath of the hurricanes. They will be discussing how and where their volunteer efforts will best serve the community and are open to teaming up with other youth groups in their mission to serve.
The group will still host Teen Times’ annual Prom Night and talent event Talent Showdown. Details about both events will be released at a later date.
“Teen Times was born in the aftermath of Hurricane Luis of 1995 and now we are starting over after another hurricane. Our new members are great young people who want to remain active through writing and community activities. We are excited to start publication again,” Rommy-Richardson said.