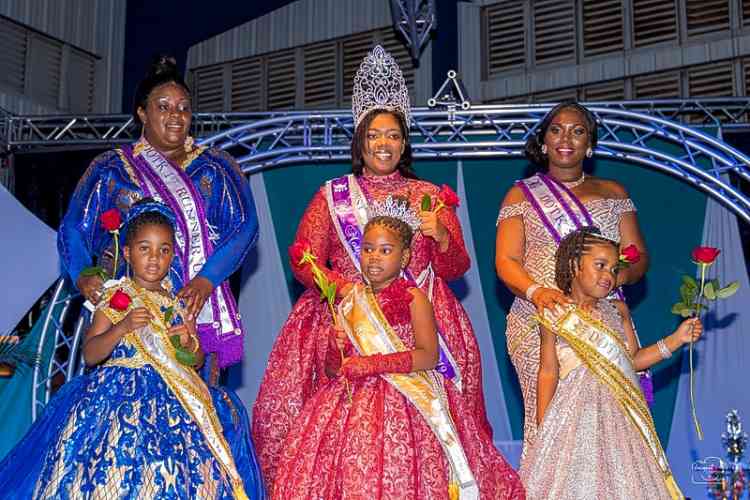 Winners Teena Lopes and Genesis George are all smiles as they take their first walk after being crowned as winners of the DOTK Mother Daughter pageant.

First runners-up are Jineidy Bolan and Nayema Schmidt. They captured the title of Most Popular Contestants, based on an online poll. Best Talent and Best Evening Wear titles were also won by this mother and daughter team.

The Second runners-up were Nadjeska Jack and Janaira Hooker. They also took home the sashes for Most Photogenic, Best Occupational Wear and Best Interview.

The 2018 DOTK Queen and Princess Sjahairah Fleming and Ta’sjierni Fleming assisted DOTK Director and pageant producer Elaine Cuvalay-Jeffrey with the crowning ceremony. All contestants received necklaces from Zhaveri Jewelers, one of DOTK sponsors in St. Maarten.

The goal of the pageant was to bring mothers and daughters together to spend quality time via pageant preparation. “By doing so the special bond that the teams share would be strengthened,” said Cuvalay-Jeffrey.

Charity Cantave was mistress of ceremonies.