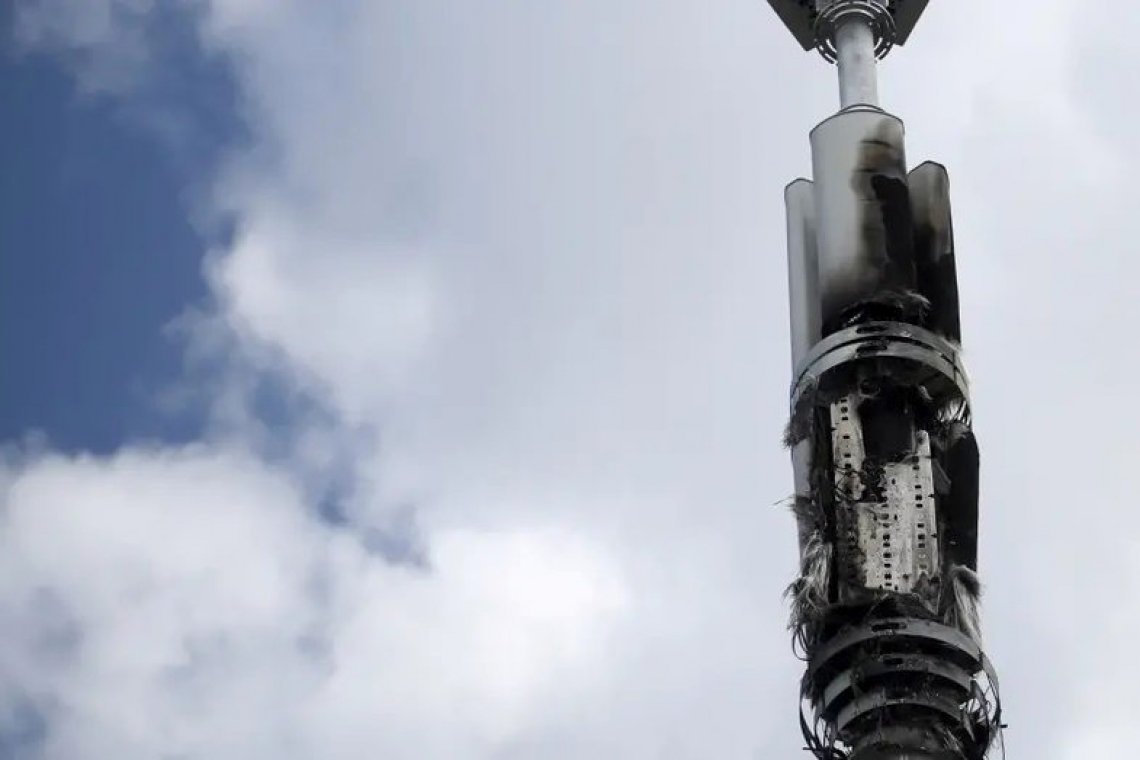 AMSTERDAM–Several Dutch cellular broadcasting towers have been damaged by arson or sabotage in the past week by opponents of a rollout of a new 5G-telecommunications network, newspaper De Telegraaf reported on Saturday.

The paper said there have been four such incidents in the past week, and cited the director of an industry group that oversees placement of cell towers in the country, The Monet Foundation. The paper reported that arsonists had left an anti-5G slogan spray-painted at the scene of one attack.

A range of groups in the Netherlands have been opposed to the advent of 5G for some time, mostly over concerns that radio waves could damage human health. Others fear the technology could infringe privacy.

In a statement on its website, the Dutch government’s National Coordinator for Security and Counterterrorism NCTV said it had registered “various incidents” around broadcasting masts in the past week, including arson and sabotage, and that opposition to the 5G rollout is a possible cause.

“This is a concerning development,” the NCTV said. “Disruption of broadcasting masts … can have consequences for the coverage of the telecommunications network and reachability of emergency services.” It noted that similar attacks have been occurring recently in Britain.

British ministers last week dismissed a theory that linked 5G masts to the spread of the novel coronavirus as dangerous “fake news” and completely false.

Major telecommunications providers in the Netherlands are in a testing phase and have not yet started any nationwide rollout of 5G pending a spectrum auction due to conclude in June.