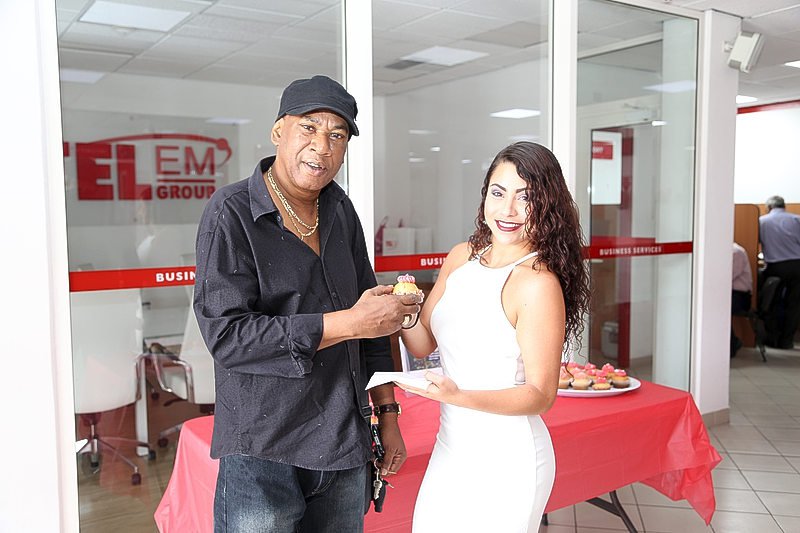 POND ISLAND–TelEm Group Chief Executive Officer (CEO) Kendall Dupersoy joined thousands of telecom executives and organisations all over the world in honouring telecommunication industry workers everywhere on World Telecommunication and Information Technology Day 2017, which is officially recognised on May 17 each year.

The theme of this year’s observance is “Big Data for Big Impact,” especially how the telecommunications industry helps with the use of massive amounts of data for economic planning and predicting, to foster better health care in growing communities and improving the environment generally.

According to Dupersoy, telecom operators such as TelEm Group can contribute greatly to their countries’ economies by putting infrastructures in place that can assist with the manipulation of big data; for instance, the collection and collation of tourist information that can be utilised to improve and expand various aspects of the tourism industry.

He said TelEm Group has been developing a telecom infrastructure for the past two years that will be second to none in St. Maarten, with the bulk of that infrastructure taking shape in a country-wide fibre optic network that is due to begin shortly.

“The use of mobile and fixed data has been growing exponentially every year. It is truly mind-boggling just how much data we will see being used on the island before long and once a number of developing systems are put into play by TelEm Group,” he said.

Carpenter Jermaine McLean received a cupcake and a word of thanks from promo-girl Katherine for being a TelEm Group customer in observance of World Telecommunication and Information Technology Day.

He said the first observance of World Telecommunication and Information Technology Day since he took over the top post at TelEm Group is to congratulate personnel within the company and all stakeholders in the telecommunications industry in St. Maarten for the celebration of their own special day.

“This is a day not only for those directly associated with our industry, but also for the friends and family of our telecom workers,” said Dupersoy, adding that he had been much encouraged in the days leading up to World Telecommunication and Information Technology Day when he received a letter from Police Chief Inspector Ricardo Henson thanking TelEm Group for providing complimentary Internet service to the police substation at the Festival Village for the Carnival season.

According to Henson, the system worked well and officers were able to keep the community safe by remaining in contact with their surroundings.

“Thanks to the commitment shown by the technical team we were able to make good on our promise to improve the user experience in the Festival Village this year and I am personally very happy to count the police amongst our satisfied customers this year,” said Dupersoy.

He urged all TelEm Group personnel to reflect on the Carnival experience and Henson’s comment as encouragement to continue to provide nothing short of excellent service to the public and communities they serve.

He also thanked the public for their continued support of TelEm Group and its telecommunication workers and invited customers to accept a token drink and snack as a show of appreciation at all TelEm Group locations yesterday, Wednesday.