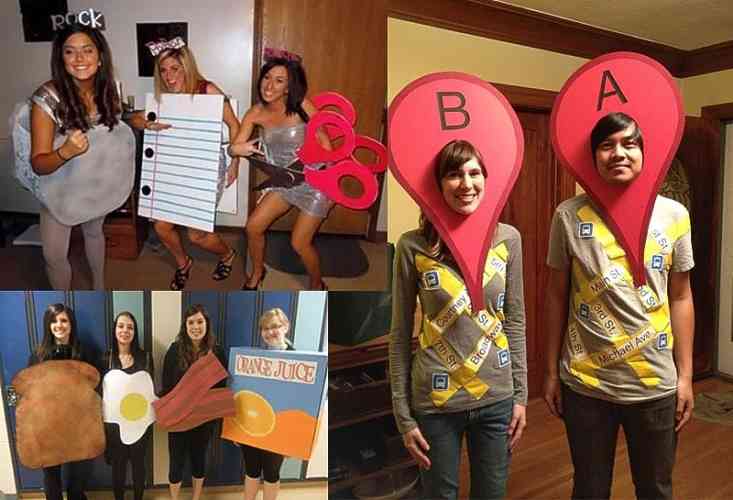 An example of wacky costumes.

PHILIPSBURG–TelEm Group of companies is gearing up for a “Wacky” sales campaign aimed at turning the company’s Dress Down next week Friday. The Dress Down event is sure to create a hoot for visiting customers and customer service staff, according to a release from the company on Wednesday.

“It’s the Marketing Department’s own take on ‘Black Friday’ with the team daring customers to come in dressed in the ‘wackiest’ attire they can imagine to win a prize and also have some fun,” stated the release.

The Marketing team says the “Wackier” the outfit, the better chance customers have of being invited to dive into a box of goodies from which they can take home any one of 50 available prizes being offered, including the main prize of an iPhone 8.

According to TelEm Group Manager, Marketing and Sales, Grisha Marten-Heyliger, the marketing team has really gone to town on the promotion, which is being organised this year as an alternative to the annual Black Friday Sale.

Heyliger has also invited TelEm Group staff to dress in a wacky way so that they also can be part of the fun day of sales and product promotion.

“So much has happened in the community in the past weeks with the passing of Hurricanes Irma and Maria. The team wanted to turn Black Friday into a Wacky Friday that our staff, customers and the public generally can enjoy and have fun with while doing our regular business of providing products and services,” said Heyliger.

There will be 20 specials on offer, including 14 all-day sales items and six “Door-buster” specials that the team says are just too wild and wacky to announce before the campaign gets underway.

According to Heyliger, the Door Buster sales will be the largest in the promotion. They get underway as early at 6:30am when the TelEm Group doors open especially early to greet bargain-hunters.

She said the campaign and promotion, along with the knockout specials, will have something for all age groups and include anything from accessories to the latest mobile devices to services offered.

“There will be fantastic offers with a limited time and great deals to be had, but nothing will be revealed until the actual week of the promotion and after a big build-up in the media,” she added.

The campaign will end on Friday, November 24, (Black Friday) with an announcement of which customer has the “wackiest” outfit and which member of staff also best fits the “wacky” dresser bill.

“We will be asking our customers not to be alarmed or to lodge a complaint with management if they see a customer service representative dressed as a pink tortoise-shell offering to assist them on “Wacky” TelCo Friday – it will all be part of the fun,” stated Heyliger.