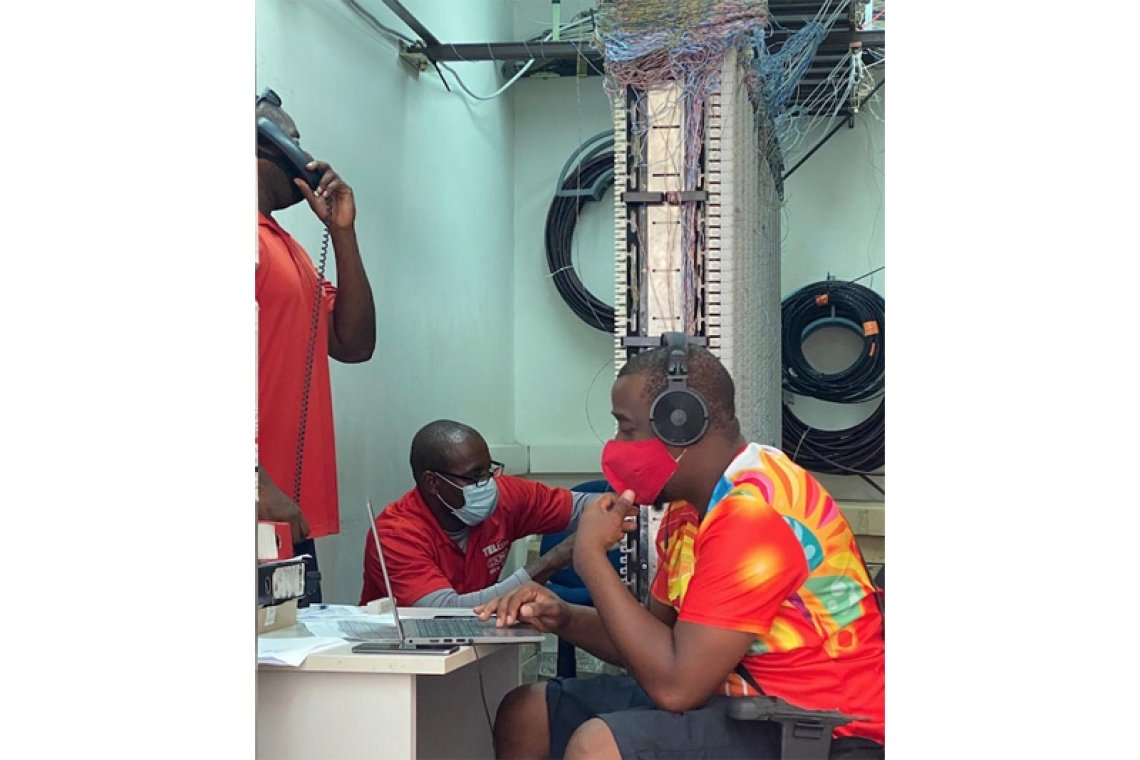 TelEm Group recently upgraded five public schools with an unprecedented Internet connection package specially created for schools on the island, so that teachers can connect with students in remote classroom scenarios.

According to TelEm Group Chief Commercial Officer (CCO) Michiel Parent, the key to the upgrades is faster upload speeds that enable students to receive instruction in real time and also interact with their teachers.

By the end of the upgrade programme, a total of 23 public and semi-public schools will have received the same upgrade, significantly improving their focus on education through remote classroom learning.

“Education is one of the biggest challenges that we will face as a country for months to come and TelEm Group is doing all in its power to facilitate the learning environment for everyone under the circumstances we presently find ourselves in, because without education, the country itself is in big trouble.

“We are doing this as a best effort at this stage because these types of packages do not usually exist, and are being specially created to accommodate the demands of students, teachers and the education system on the island generally,” Parent said.

The CCO assured this is not without its own challenges.

“Many of the schools are not technically equipped to handle this type of bandwidth throughout, and in many cases other telecommunication services, including phones, PBXs [private branch exchange – Ed.] and lines themselves also have to be upgraded to allow for the higher speeds.

“If a school is going into a Zoom meeting, for instance, the download speed is not so important, but the upload speed is, and everything has to work to allow for optimal use of the bandwidth being made available to each school.

“Our usual packages are more centred on download speeds, which is consumption of data. In the case of the schools, it is the other way around, where they produce a lot of data that have to be uploaded to different classrooms, now relocated in the homes, and significantly changing the dynamics of broadband use at each school,” said Parent.

The upgrades to the other schools were due to start this week, once the first upgrades were up and fully tested and working.

“Without question, upgrades are needed and they are needed now,” said Parent. He said teams of technicians have been busy configuring equipment within the TelEm Group networks, and also in the field to facilitate these upgrades.

The CCO said there has been quite some discussion behind the scenes by government officials and TelEm Group chief executive officer (CEO) Kendall Dupersoy, about the company stamping a significant footprint on education for St. Maarten, through special Internet packages that are affordable and highly dependable, to better facilitate learning from home. This has included separate discussions with Minister of Finance, Ardwell Irion and Minister of Education, Rodolphe Samuel.

According to Dupersoy, over the years TelEm Group has provided schools with free Internet connections.

“What began with individual requests from schools developed into a commitment by TelEm Group, during a major telecommunication conference held on St. Maarten several years ago, to provide public schools with free Internet services and computer systems to develop their own computer labs.

“That commitment has remained to this day, however, technology changes and the demand for bandwidth nowhere resembles what was needed in those early days. The advent of the COVID-19 pandemic, with children now immersed in remote learning and parents more and more being drawn into remote working from home, has totally changed the picture.

“It is important for everyone to know that we fully support government and the community by providing all that is necessary to ensure that education of our youth does not suffer because of COVID-19, but we also want everyone to know that even though these services may be provided at a reduced cost, we as a telecom provider, still have to bear the remaining cost.

“We believe there are many funding agencies, such as the European Investment Bank, and other regional and international institutions who might also be interested in helping us offset the cost so that we can present even more affordable packages to the wider community and additional services for schools and government itself, with e-government or e-commerce or software hosting programmes,” said Dupersoy.

Dupersoy noted that during a recent Council of Ministers meeting, Prime Minister Silveria Jacobs thanked TelEm Group for its corporate citizenship, recognising what the company has been doing for schools over the years, and continues to do.

“There is always more that we can do, however, it takes a concerted effort so that the burden is not solely left on TelEm Group,” he concluded.